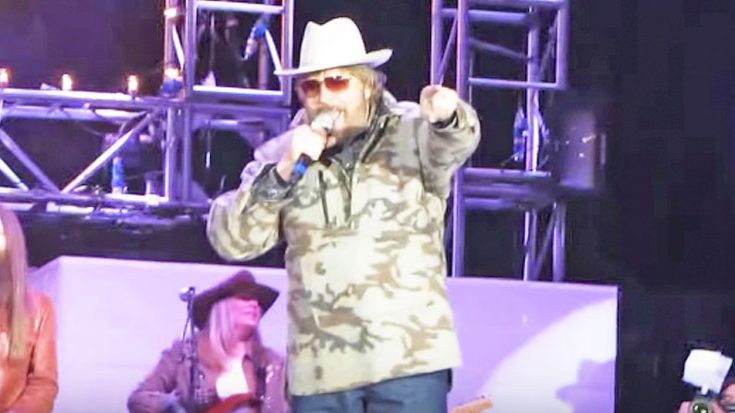 Just minutes before 2013 turned into 2014, Hank Williams Jr. jumped on the stage and gave Nashville one of the most rockin’ performances its ever seen.

Considered one of the drinking anthems of country music, Bocephus and his band poured one back, literally, while singing his hit song “Family Tradition”. His steel guitar rag player actually grabbed a beer in the middle of the performance!

The audience went into a frenzy when they figured out Hank Jr. was actually singing his 1979 hit song. Hank Jr. began the song on guitar, but got so into the lyrics and interacting with the crowd, he had to take it off!

It seems as though this crowd was the perfect group to help Hank Jr. ring in the new year. Surrounded by fans, family, and friends alike, the country legend seemed to have the time of his life performing “Family Tradition”.

Watch the performance below, which gives the term “New Year’s Rockin’ Eve” a run for its money!