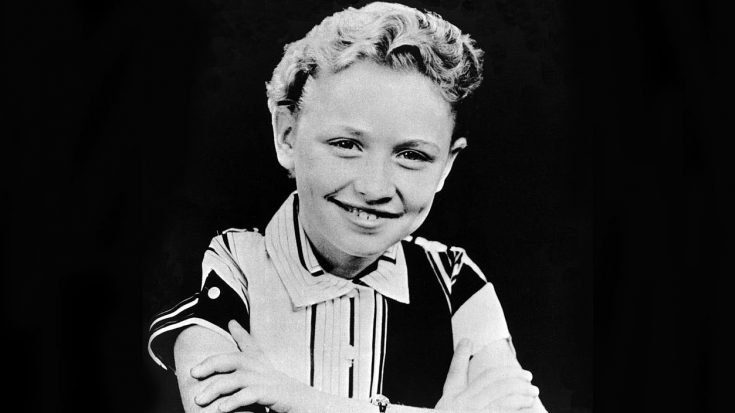 During the 2016 CMA Awards, Dolly Parton was honored as the recipient of the Willie Nelson Lifetime Achievement Award. Each year since 2012, the award has been given to “honor an iconic artist who has attained the highest degree of recognition in country music.”

There’s no arguing that Parton is deserving of the award. After all, she’s one of the most successful artists in the genre’s history, and is also well-respected for her talents as a songwriter and actress.

Despite her great fame, Parton has always remembered her humble upbringing. As a result she is heavily involved in charitable efforts, such as her Imagination Library.

It’s hard to imagine what country music would be like without Parton. But if the stars hadn’t aligned at the right time, that could have been a reality. As a child, Parton grew up in rural Tennessee, crammed in a tiny cabin with all of her brothers and sisters.

But Parton’s talent was too big for the little cabin where she lived, and soon enough she found her way into studios where she started to lay the foundation for her legendary career.

Parton was only 13 years old when she finally got to record a song for the first time. This song, called “Puppy Love,” was co-written by Parton, and features her adorably singing about a sweetheart of hers.

To celebrate her being named as the recipient of the Willie Nelson Lifetime Achievement Award, Parton shared the song with her followers, giving many the chance to hear it for the first time. She wrote that the song signaled the start of her singing career, saying, “in many ways ‘Puppy Love’ was the start of this whole journey.”

So go ahead and listen to where Parton’s journey started by listening to the clip she shared of “Puppy Love” below. Despite being young at the time, she still sounded like the woman we know and love today!