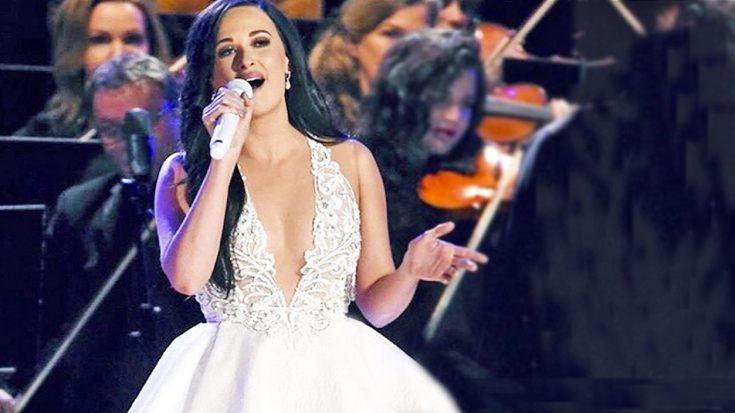 The 50th anniversary of the CMA Awards has come and gone leaving the remnants of masterful performances by the top names in country music.

Following Reba McEntire’s performance of Parton’s “9 to 5,” Musgraves took over the stage for her rendition of the country classic that was filled with sparkle!

Musgraves captivated the auditorium located directly in front of Parton who was beginning to be overcome by emotion. Musgraves was later joined by McEntire, Jennifer Nettles, Carrie Underwood, and Martina McBride for a moving ode to the living legend’s iconic “I Will Always Love You.”

The Lifetime Achievement trophy has been previously awarded to Nelson, Kenny Rogers, and Johnny Cash. So does this mean the end of new music from Parton? Not a chance.

“I hope they don’t think because they gave me a lifetime achievement award they thought I was done,” said Parton. “No way that’s gonna happen.”

Watch Musgraves portion of the performance in the video below and be sure to let us know what you think in the comments!