By Miranda Raye on November 21, 2017
Advertisement 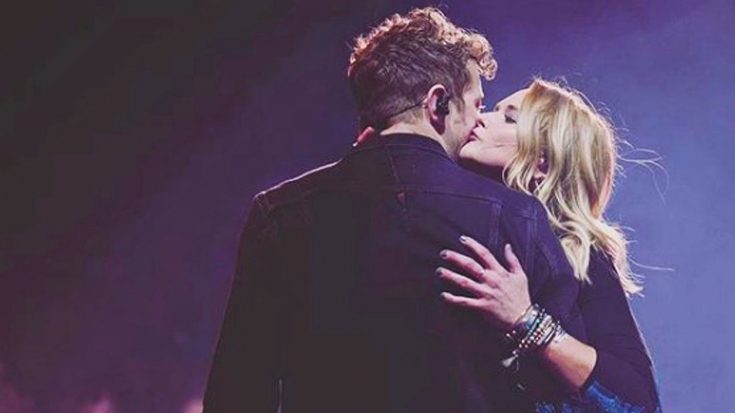 In Miranda Lambert, former Voice contestant Gwen Sebastian not only found a friend, but a songwriting partner. The two have been close for years, and find a chance to work together whenever they can.

Recently, Sebastian was touring with Lambert when the two took some time out of their busy schedules to attend a concert. It only makes sense that the concert they went to see was Anderson East‘s, since East is Lambert’s boyfriend of two years.

While they were there for the show, Lambert, East, Sebastian, and their friend April Lewis all got together in a hotel room for a songwriting session. That session resulted in the creation of a sensitive song that appears on Sebastian’s new album Once Upon a Time in the West: Act I.

The song, titled “I’m Not With the Band,” comes from a perspective that has rarely been shown before. Instead of focusing on the touring artist, the song switches the spotlight over to the woman left at home while her lover is out on the road.

It’s a song that Sebastian can easily relate to, as her husband, Louis Newman, is a touring musician and producer. They aren’t always able to hit the road together, leaving Sebastian at home to wait for his return, and vice versa.

Since Lambert and East are both touring artists, it’s a struggle that they have to deal with as well. All of those honest emotions came pouring through the song as they wrote it, which Sebastian recalled during an interview with Rare Country:

“It’s difficult. We love what we do, and we’re so lucky to be able to do music for a living. So, I mean, it sounds like something that we shouldn’t be whining about, but you sacrifice a lot. Musicians sacrifice a lot. Husbands and wives that are at home sacrifice a lot as well.”

Writing “I’m Not With the Band” was an emotional experience for all of the writers who helped shape it. As Sebastian revealed, they were all in tears as they were working on the song.

“That was kind of a magical moment for us to write that,” she said. “It came pretty quick. Anderson would admit it, too. We all were teary-eyed. I cried when we finished that one.”

Let that be your warning that you may need to grab some tissues before you listen to a snippet of “I’m Not With the Band” in the audio clip below.

When you’re done, listen to Lambert’s song “I’ve Got Wheels” off of her latest album, The Weight of These Wings. Sebastian co-wrote that song with her as well!