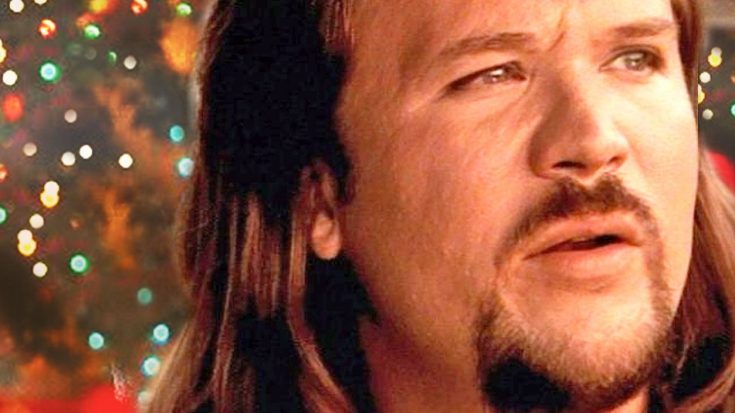 It’s basically a rite of passage for a country star to record and release at least one Christmas album during the course of their career. Travis Tritt reached that milestone in 1992, when he released his first and only Christmas album, A Travis Tritt Christmas: Loving Time of Year.

The album contains a total of ten tracks, including two originals. In addition to the originals, the album also contains Tritt’s covers of three country Christmas classics.

But the majority of the album is comprised of Tritt’s renditions of long-standing Christmas tunes. One of these songs is “O Little Town of Bethlehem,” which has been a popular Christmas carol since it was written in 1868.

As Louis F. Benson explains in his Notes on the Carol, the author of “O Little Town of Bethlehem” was Phillips Brooks, who was an Episcopal priest and rector of the Church of the Holy Trinity in Philadelphia. According to Benson, Brooks felt inspired to write the carol after he paid a visit to Bethlehem himself.

Due to its deep Christian connections, “O Little Town of Bethlehem” is one of the most treasured songs in the Christmas music cannon. This is something that Tritt seemed to be aware of when he recorded his rendition, which is why he poured his soul into the performance.

Tritt’s rendition is the defintion of “unplugged.” The only accompaniment he has comes in the form of an acoustic guitar, leaving his voice completely exposed at times. But such an arrangement seems fitting, since the song is about a peaceful, holy town.

Since Tritt’s voice is left out in the open during much of the track, we get the chance to fully hear him show off his extensive range. There are times when his voice dives down deep in the basement, and other times when he hits a soaring note on a higher level.

The toned-down arrangement and Tritt’s extraordinary vocal talent make for one stunning rendition of “O Little Town of Bethlehem.” It’s sure to give you goosebumps when you listen to it in the clip below.