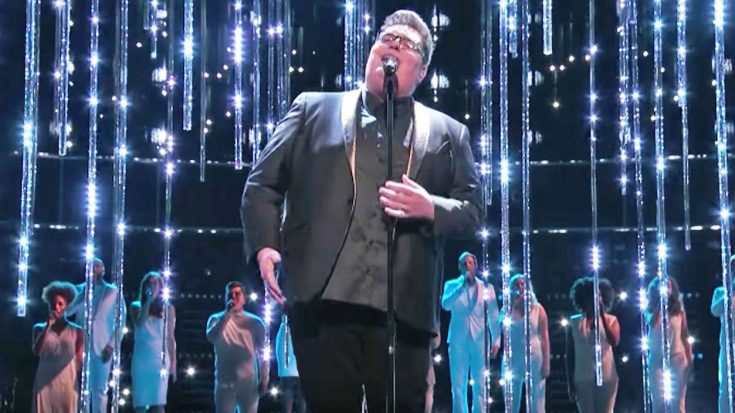 After earning unanimous chair turns from all four judges on The Voice back in 2015 with his riveting rendition of Sia’s “Chandelier”, Season Nine champion Jordan Smith returned to the Voice stage for a breathtaking performance of “O Holy Night.”

Staying true to the out-of-this world performances he delivered during his time on the singing competition show, Smith was joined onstage by church choir making for a hauntingly beautiful performance both chilling and cohesive in sound. Electric icicles hung all around Smith giving a festive touch to his beautiful rendition of the Christmas classic.

Post-Voice, Smith is currently working as a recording artist with his debut album, Something Beautiful, reaching No.2 on Billboard’s Top 200 chart. Smith married longtime girlfriend Kristen Denny back in June of this year in their home state of Kentucky.

You can watch his breathtaking performance of “O Holy Night” in the video below.