By Miranda Raye on February 2, 2018
Advertisement 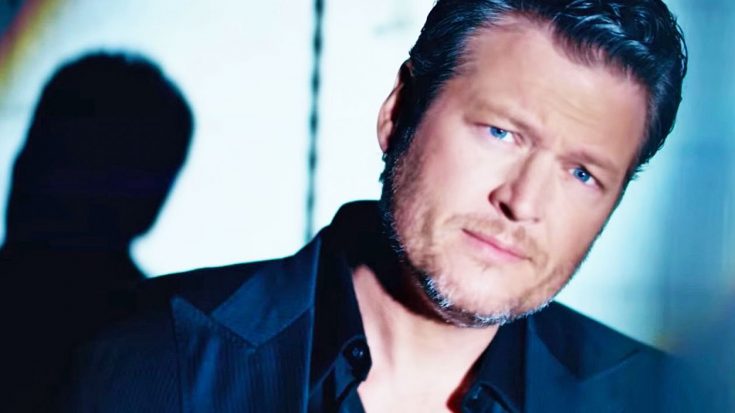 Last year, Blake Shelton released a teaser clip of his video for his single “Every Time I Hear That Song.” Fans were instantly intrigued from that 30-second spot alone. The clip spawned so many questions from fans. Where was Shelton at? And who was the mysterious girl in the clip?

Those questions were answered once Shelton released the full video a few days later. The video opens with Shelton driving up to an empty-looking industrial building of some sort. He ends up wandering aimlessly around the building, singing about his lost love in the process.

As he moves throughout the building, Shelton has never-ending visions of the girl who got away. He is so haunted by his memories of her that he seems to see her everywhere he goes. She even taunts him at times, wagging her finger at him to come closer. But whenever Shelton thinks he’s reached her, he realizes that it was all part of his imagination.

Shelton can also be seen trapped in a cage of pouring rain at various points throughout the video. This cascading wall of rain seems to serve multiple purposes. First of all, it serves as a visual representation of Shelton’s heartache. Secondly, it is a literal cage that keeps Shelton trapped, just as his own thoughts have trapped his mind.

The video is a real work of art, with Shelton putting forth one of the most emotional performances of his life. Shelton has been open in the past about the heartbreak he felt following his divorce from fellow country singer Miranda Lambert. While he didn’t write “Every Time I Hear That Song,” it seems he was able to channel some of that real-life heartache into his delivery, which added to the emotional intensity.

Shelton debuted “Every Time I Hear That Song” during a performance at the People’s Choice Awards in January 2017. The song was released as a single off of his number one album If I’m Honest, which also produced hit singles such as “A Guy with a Girl” and “Came Here to Forget.”

If you’ve ever had a broken heart, then you’ll easily be able to relate to Shelton’s music video for “Every Time I Hear That Song.” Tune in below to check it out, and let us know what you think when you’re done.