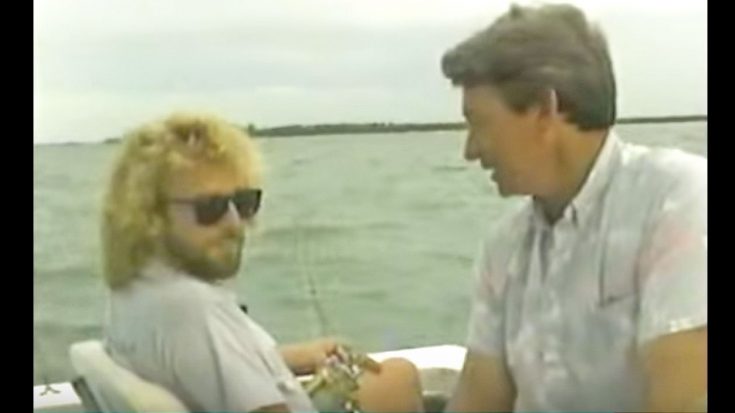 From the moment Keith Whitley embarked on a music career, success followed closely behind. After a years-long career in the bluegrass genre, Whitley moved the Nashville in 1983 to pursue a country music career.

In just a few years, he had gained the legendary status and had charted 19 singles on the Billboard country charts. With songs like “Miami, My Amy”, “Don’t Close Your Eyes”, “When You Say Nothing At All” and “No Stranger In The Rain”, it was clear that Whitley was in a league of his own. There hadn’t been a singer who could portray emotions like he could since Hank Williams.

Like Williams, Whitley had his fair share of demons, which ultimately took his life in 1989. A few months before he passed away, Whitley allowed camera crews on his boat for a day of fishing with his wife, country singer Lorrie Morgan.

After some talk about different kinds of fish and who would catch one first, the host unleashed what would be a truly heartbreaking moment. He asks Whitley how long he and Morgan have been married. Whitley reveals they’ve been married about two years. The host says they probably still feel like newlyweds and he should check back with them in 4-5 years. Whitley and Morgan said they looked forward to it.

Whitley passed away on May 9, 1989, giving Morgan and him just a couple more months of being together after this segment was filmed.

Watch the fishing trip video below.