Here’s How “Frosty The Snowman” Sounds On Banjo 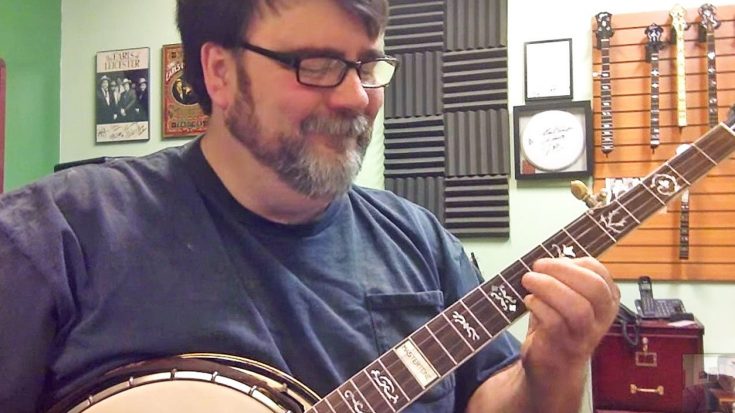 One of the most beloved Christmas songs of all time is a little ditty about a snowman that comes to life. Called “Frosty the Snowman,” the song was first recorded by Gene Autry in 1950. It was a hit from the start, and has since become one of the most-frequently played songs during the holiday season.

“Frosty the Snowman” was further popularized by the 1969 television special of the same title. Nowadays, when people picture Frosty, they picture him as the way he appeared in that special.

It’s long been thought that the setting of the “Frosty the Snowman” song was in Armonk, New York. But one talented musician who offered his take on the tune ended up giving Frosty more of a Southern background.

There’s something about the sound of a well-played banjo that is so enjoyable to listen to. One of the best banjo players out there on the internet is a man by the name of Richie Dotson. He covers all sorts of popular songs on his trusty banjo, including Christmas classics.

“Frosty the Snowman” got Dotson’s bluegrass makeover during the Christmas season of 2015. Dotson cheerfully introduced the song before he moved into his energetic cover. We were hooked from the second he started playing!

Dotson plucked those strings at an otherworldly pace. That was enough to draw us in, but there’s even more to his cover that made it stand out to us.

The best part of Dotson’s little performance is how enthusiastic he was about his playing. His joy for the music was obvious from his facial expressions and actions. That’s the thing that made this video such a delight to watch!

Now it’s time for you to see Dotson’s take on this Christmas favorite below. If you love what you hear, check out his other Christmas covers and videos on his official YouTube channel here!