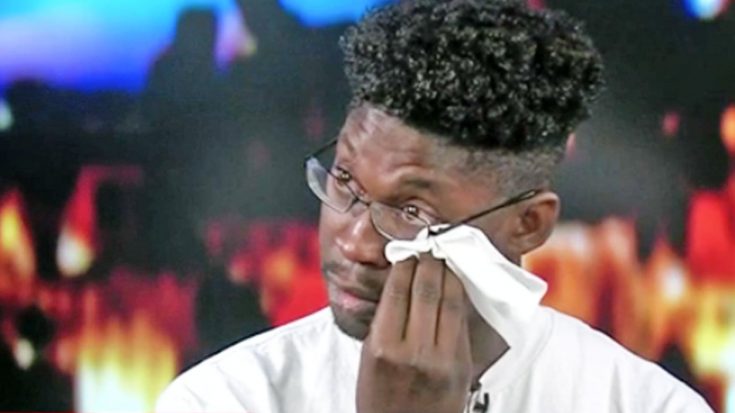 Jonathan Smith – California-native and father of three – became a national hero following his selfless acts of valor the night of the mass shooting at Route 91 Harvest country music festival. Putting the safety of others before his own, Smith sprung into action and helped dozens of people to safety before getting shot in the neck.

Smith himself became a victim of the senseless act after realizing his three nieces, ages 17, 18, and 22, had become separated from the group, running back into carnage to retrieve them. In the process, Smith took two bullets, one in the neck and the other in his arm.

After spotting an injured Smith, an off-duty cop from San Diego, Tom McGrath, transported him to safety, plugging his bullet hole wounds with his fingers until they made it to the hospital. Following the massive act of bravery on both of their ends, both were hailed as heroes by the media, although Smith was reluctant to accept his title.

“Everyone’s been using that word — ‘hero.’ I’ve been saying it since the whole time I got home — I’m not a hero, I’m far from a hero. I think I just did what anybody would do,” he said.

While Smith may not view himself as a hero, the off-duty officer who saved his life that horrifying night does.

“He’s somebody who inspires me,” McGrath said in regards to Smith, whom was becoming noticeably emotional hearing the voice of the man who saved his life. “I know he might not want to give himself all the credit, but he definitely did a wonderful job, and I was just happy to be there to help him towards the end, and get him out of there when he was hit.”

Previously, the two men spoke over the phone, bonding over the traumatic experience they endured together.

“I owe that man my life because from the moment I got hit, he was the first one to actually help me stop the bleeding,” Smith told the interviewer. “He never left my side at all.”

Smith goes on to say that his “brother” never left his side, McGrath telling him over and over he was going to make it through the night and “wasn’t going to die.”

You can watch the emotional reunion below.