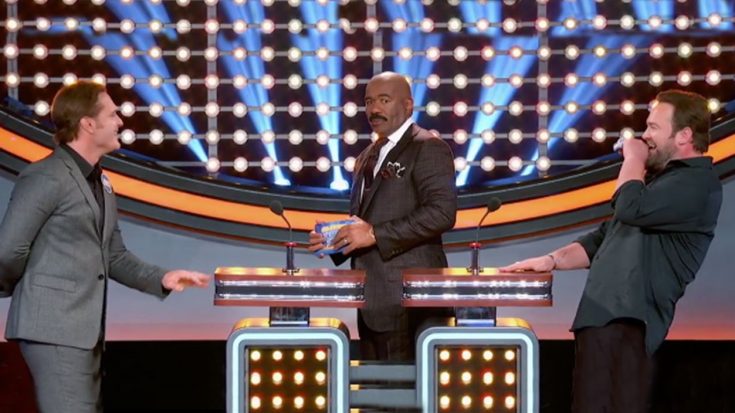 One of the best parts about summer television is all the game shows! In the past few years, game shows have been making a slow and steady comeback, but one show that has been a TV staple for decades is Family Feud.

While Family Feud is an iconic show on its own, it’s really Celebrity Family Feud that gets us rolling on the floor laughing. Each week, two celebrity families go head-to-head vying for $25,000 to donate to the charity of their choice.

“Name something you’d be surprised to see your grandma bouncing on,” host Steve Harvey read from his card.

Brice hit the buzzer first, so he said his answer right away, “A beach ball!”

It turned out to be the fourth top answer, so Niemann was given a chance to say his answer. Without hesitation, the “God Made A Woman” crooner said, “Grandpa!” leaving Harvey stunned, and causing Brice to burst into laughter.

It's going down! Don't miss The Brice Family vs The Niemann Family on Celebrity Family Feud this Sunday at 8/7c on ABC Television Network.

We, along with Brice, were laughing hysterically at home and were pretty surprised to see it as the second highest answer! Watch the funny moment in the clip below.

We'd be shocked if you weren't shocked.