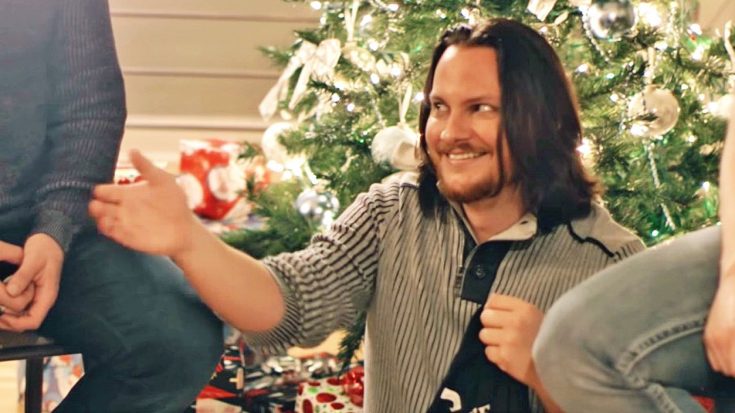 Christmas is all about spending time with the ones you love. When you’re away from home, it isn’t the presents or the food that you miss, but the chance to be with your friends and family again.

Although come Christmas time, some people also find themselves longing for a white blanket of snow on the ground. This common wish is captured in a beloved Christmas song, appropriately titled, “White Christmas.”

Country a capella group Home Free combined the two above feelings in one video when they released their cover of “White Christmas.” The group originally recorded the song for their Christmas album titled Full of Cheer in 2014.

But when new member Adam Chance joined the group, they recorded the song again so his vocals could be featured on it. That recording appears on their second Christmas album, Full of (Even More) Cheer.

Full of (Even More) Cheer experienced immense success on the charts, peaking in the second spot. Due to the album’s popularity, Home Free has released a series of music videos to go along with its tracks, including one for “White Christmas.”

The video shows all of the Home Free guys standing out in a desert scene, with cactuses and dry brush in the background. It’s unlikely that anyone would ever see a white Christmas in such a place!

But most of the video shows Home Free having a fun time at home on Christmas with their family and friends. They exchange gifts, joke around, and sit down to enjoy a delicious meal together.

Seeing all of the special people in the guys’ lives adds a personal touch to the clip that makes it a joy to watch. It’s sure to fill your heart with cheer once you check it out in the video below.

If you’d like to be Full of (Even More) Cheer, be sure to head over here to iTunes to download a copy of Home Free’s Christmas album. It would serve as the perfect soundtrack to your Christmas celebration!