Home Free Sings A Cappella “What Child Is This?” With Past Member Chris Rupp In 2016 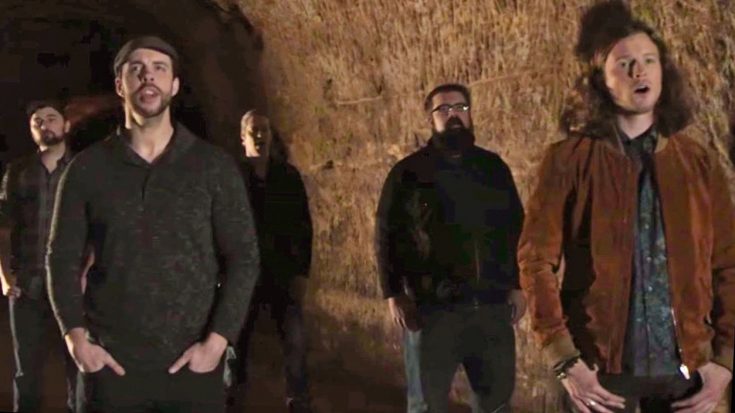 Chance joined the group earlier in 2016 when founding member Chris Rupp left in order to pursue his solo career and other projects. After only a few short months with Home Free, Chance became a beloved member of the group.

We love hearing his standout parts in the group’s many cover videos, including their version of “Colder Weather.”

Originally recorded by the Zac Brown Band, Home Free sang “Colder Weather” when they appeared on The Sing-Off, which they eventually won. Now, their cover of “Colder Weather” can be heard on YouTube and on Full of (Even More) Cheer.

While Home Free kept busy preparing their Christmas album, Rupp was working on one of his own. Called A Little Bit of Christmas, Rupp’s album features traditional Christmas songs we all know and love, including “What Child Is This?”

If you look next to the name of the song on the album, you’ll notice that Rupp doesn’t sing it alone. That’s right…Rupp reunited with Home Free to record “What Child Is This?”

Although Rupp’s Christmas album was out on November 2, 2016, he released the stunning video for “What Child Is This?” on November 20, 2016. The video shows Rupp standing front and center as he sings the main solo part, while Home Free backs him up with their chill-inducing harmonies.

Toward the end of the video, a few members of Home Free offer their own takes on the main part of the song. Overall, the entire video is a stunning showcase of vocal talent.

We’re so glad to see Rupp perform with Home Free again! Scroll down below to watch their brilliant rendition of “What Child Is This?” and prepare to be amazed.