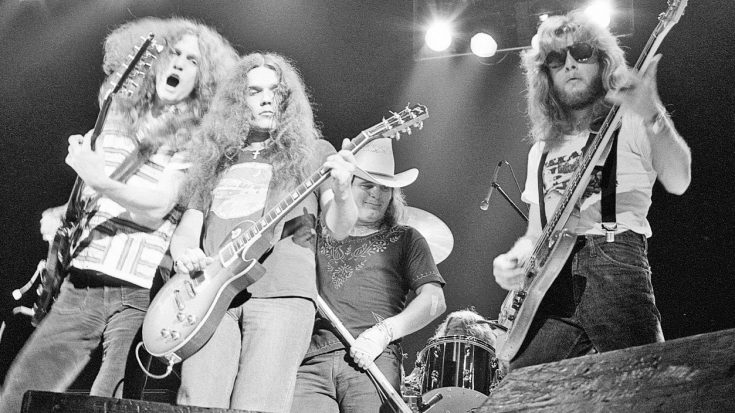 All aboard! Last call for all who want to ride the Lynyrd Skynyrd train!

Since their invention, the human race has always seemed to have a love affair with trains. Other than using them for transportation, we play with small-scale versions of them as children, and amusement park rides are designed to resemble them.

Singers and musicians seem to have a heightened fascination with trains. You may not have ever realized it before, but there are a lot of songs out there that are either about trains or mention a train in the title. Josh Turner‘s “Long Black Train,” Ozzy Osborne’s “Crazy Train,” and Johnny Cash‘s “Folsom Prison Blues” are all such songs.

Another track that falls under that umbrella is Lynyrd Skynyrd’s “Railroad Song.” Featured on the band’s third studio album Nuthin’ Fancy, “Railroad Song” tells the seemingly familiar story of a railroad hobo.

The song opens with the hobo jumping “off a boxcar down around Tennessee.” He’s cold, tired, and hungry, and finally comes to a town where he wants to stay. But when he encounters a police officer, he is ushered along and sent back to the railroad.

After that, we learn that the hobo isn’t a real hobo after all. Rather, he’s a musician who is simply “trying to learn about the old music from ridin’ the train.”

The sounds of a train are mimicked through Skynyrd’s use of instrumentals on “Railroad Songs.” A wailing harmonica sounds like the train’s whistle, while the drums and guitars work together to create its “chug-a-chug-a” sound.

Combined with the lyrics, those traditional locomotive sounds helped create a can’t-miss musical journey. Now you know that you have to check it out…and you can in the clip below!