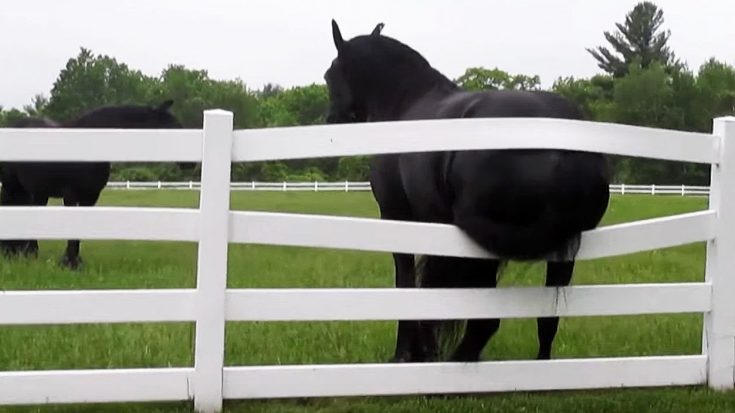 Sometimes when you have an itch, you HAVE to scratch it! That was the case for this poor horse who acquired an itch in the most inconvenient of places for an animal of his species: his butt.

One woman was given front row seats to this hilarious moment and made the executive, and incredibly genius, decision to record the live encounter! The horse perched its butt in between the fence posts, sliding back and forth in an attempt to eliminate the clearly uncomfortable itch! As the horse shoves its butt further into the fence, a loud “pop” is heard and the posts dislodge from their initial secure hold, busting apart!

Out of fear, the horse jolts off away from the scene, as the itch no longer becomes relevant over the terrifying and humiliating experience!

The camera woman is all laughs, barely able to control herself! Check our her recording to see just how it happened!