By Manly Bryant on November 22, 2016
Advertisement 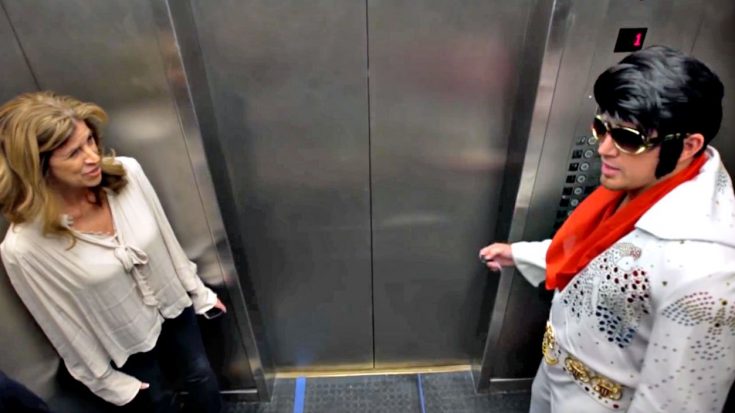 He ain’t nothin’ but a hound dog as he shocks these unsuspecting office workers with the elevator ride of their lives!

Channeling his best inner Elvis Presley, and donning the outfit to match, actor and famous dancer Channing Tatum has his fun with various groups of employees just looking to make it into the office on time!

Tatum, known for his unforgettable work in hit dance movies like the Step Up series, and acting in movies such as 21 Jump Street, Magic Mike, Stop-Loss, and White House Down. He also has appeared repeatedly on the hit TV show Lip Sync Battle.

The Alabama-born actor definitely has the talent to take on a role of this magnitude and he owns it with this impressive performance of a jokester ‘Elevator Elvis’ as he practices his moves and music along with unsuspecting workers!

His disguise was so flawless that nobody knew who was really behind the bizarre new elevator person their building had seemingly acquired and at least one worker was so freaked out that she refused to board the elevator!

Check out this hilarious prank that was set up by Omaze and (RED) as part of a charity initiative to help fund AIDS research.