Hugh Hefner’s Girlfriend In The 70s, Barbi Benton, Was A Cast Member On ‘Hee Haw’ 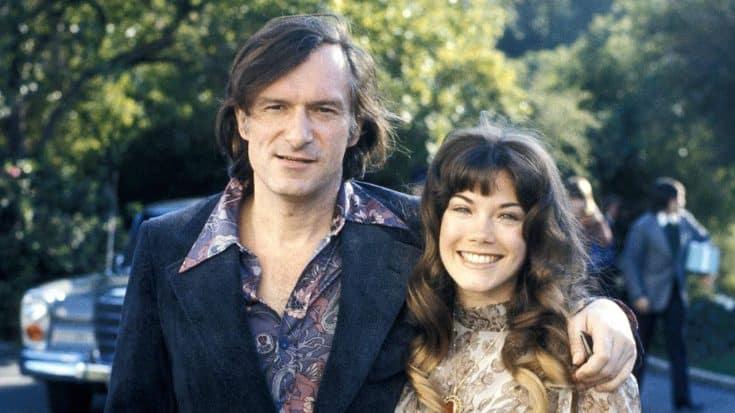 The founder of Playboy Magazine, Hugh Hefner, passed away from natural causes at the age of 91 on September 27, 2017.

Tributes from former famous playmates began to flood social media, as well as heartfelt sentiments from anyone who met him. While he was cohorts with most of Hollywood’s elite, not many people remember his strong connection to country music.

In 1969, he began dating an 18-year-old woman by the name of Barbi Benton shortly after they met when she was cast on his show, Playboy After Dark. She captivated the then 42-year-old Hefner, who asked her out on a date after filming just two episodes. She said yes, and they were together for several years.

In 1972, she landed a role in Hee Haw, the country music variety show and was a regular for four seasons while making appearances on the show until 1983. Hefner was known to stop by the set to visit Benton while they were together. Just two years into her tenure on Hee Haw, she began recording her own music.

According to The Tennessean, Hefner threw a barbecue at the Sheraton Hotel in downtown Nashville in 1974 hoping to publicize her new recording contract. Benton’s 1975 record “Brass Buckles” hit the Top Five on Billboard‘s country singles chart, and she recorded a total of eight albums.

Although the couple ended their relationship in 1976, they stayed cordial. In fact, she made several appearances on his E! reality show, Girls Next Door from 2005-2009.

While we are sure this country music connection may have surprised you all, we know there’s one that won’t – Dolly Parton. The country legend posed for Playboy in 1978, but famously would not pose nude. Check out her photos from the shoot below.