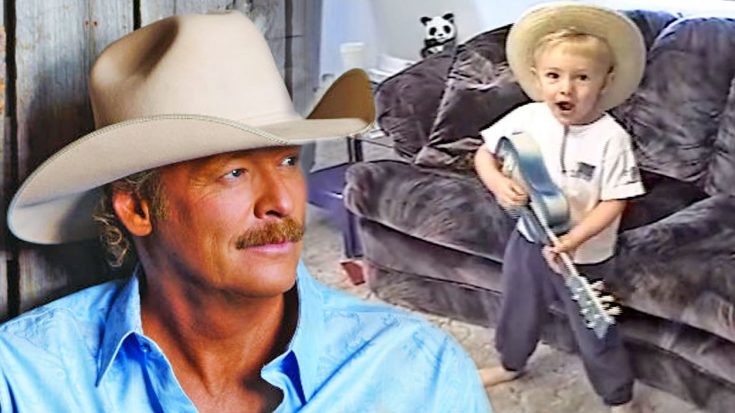 While a vast majority of country music fans can appreciate the classics, this little boy in particular is making his profound enthusiasm known! 2-year-old Shane has been struck with Alan Jackson Fever, and he’s putting his dance moves and adorable lyric memorization to the test to give us one of the cutest performances we’ve ever seen!

Equipped with a tiny guitar and straw hat, this little cowboy is clearly feeling the music as he hops and jumps around to the beat of Jackson’s hit song “Itty Bitty”! Amidst his hilarious dance moves, the toddler does his best to keep up with Jackson’s fast paced vocals, mumbling the lyrics as he struggles to keep up!

Little Shane begins to make use of his prop, strumming is guitar during the instrumentals and rocking out in his cozy, black sweats! Just as we expect the boy’s energy to wind down after the seemingly exhausting routine, he picks right back up with with his vibrant dance moves and adorable singing for the full duration of the song!

Check out his performance below and tell us what you think?