By Miranda Raye on January 31, 2018
Advertisement 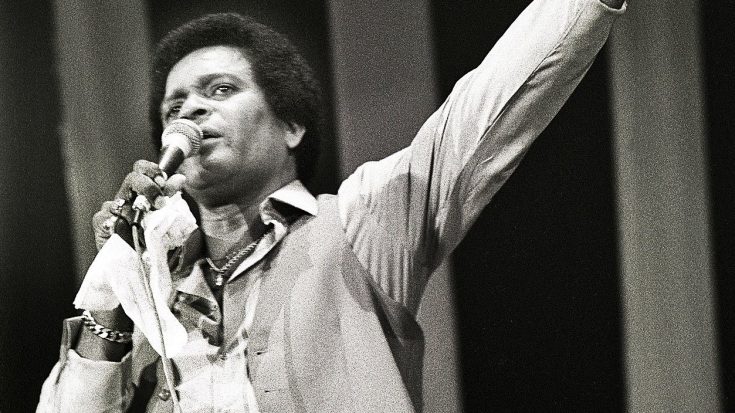 Charley Pride‘s road to his status as a country music legend wasn’t an easy one for him to follow. As one of only a few black artists in the genre, Pride knew from the start that forging a path in country music was going to be a challenge.

It was a challenge that he was more than willing to meet, and his efforts paid off. Now, he has countless number one hits to his name, more accolades than he could ever count, and membership in the Country Music Hall of Fame.

Pride has always been regarded as a barrier-breaking artist in country music, and for far more reasons than the obvious. One example of his impact on country music comes in the form of a performance that dates back over 40 years.

Today, the Super Bowl is the largest sporting event of the year, at least in the U.S. But back in 1974, the big game was still a fairly new concept, as it was only in its eighth year. Pride got the chance to perform the National Anthem prior to the game that year, and he made history in the process.

The reason why Pride’s performance was so noteworthy is because he was the first-ever country singer to perform the National Anthem at the Super Bowl. But not only that, he was the first-ever solo artist of any genre to sing the National Anthem prior to the Super Bowl.  His powerful and confident performance was met with a thunderous round of cheers and applause, making it clear that he set the bar high for all artists to follow him.

Since then, five other country singers have performed the National Anthem prior to the Super Bowl: Garth Brooks, Faith Hill, The Dixie Chicks, Carrie Underwood, and Luke Bryan. But as the first country artist to ever do so, Pride’s Super Bowl performance will forever be one of the most memorable.

Tune in to the video below so you can relive the extraordinary moment that Pride changed country music history with the performance of a single song.

In 1974, Charley Pride became the first artist to sing "The Star-Spangled Banner" at the Super Bowl.

"Not only was Pride the first solo performer to sing the anthem at the Super Bowl, he was the first black performer to achieve country music superstardom." – Upworthy http://u.pw/1QNbSyY #SuperBowl #SuperBowl50 #blackhistorymonth