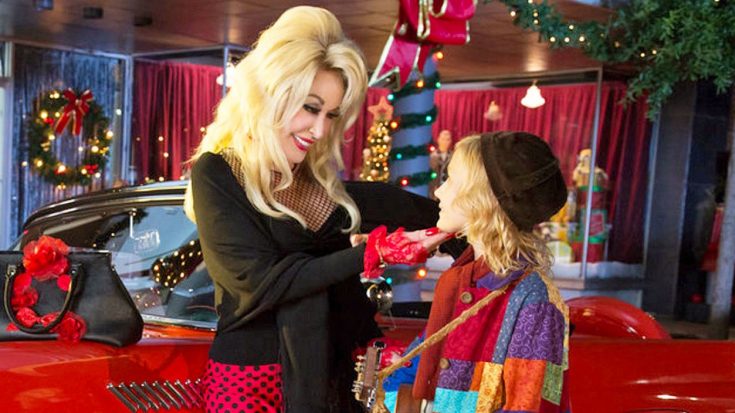 Since the first broadcast of the film did so well, NBC showed it again closer to Christmas time. That second broadcast gained viewers as the night progressed, and dominated all of the demographics for that evening.

This year, 11.5 million viewers tuned in to watch the much-anticipated sequel to Coat of Many Colors, called Christmas of Many Colors: Circle of Love. Although there was a drop in viewers from first film, it was only by a margin of 11%. This is particularly impressive, considering the fact that sequels almost always perform on a lesser scale than original films.

Christmas of Many Colors: Circle of Love has been praised by viewers for being a form of wholesome entertainment to enjoy with their families. Because of this, many have been hopeful that NBC would host a second broadcast closer to Christmas.

Finally, those wishes have been granted! NBC announced on Wednesday (December 7) that a second showing for Christmas of Many Colors is in the books. It will re-air on Friday, December 23 from 9-11 pm.

If you won’t be able to catch the second showing, there’s still a way you can watch Christmas of Many Colors. The NBC website has it set up so that you can watch the entire movie for free online whenever you want.

Knowing how many people tuned in to the first broadcast, we’re sure the second one will do just as well. Maybe it will do even better, since it will be airing the day before Christmas Eve!

Congratulations to Parton and the cast and crew of Christmas of Many Colors for a job well done.