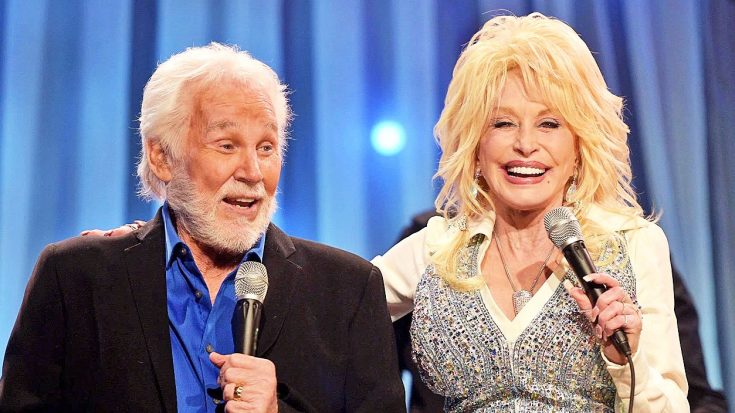 When wildfires ripped through East Tennessee, one local gal stepped up to help the people of her homeland. That gal was Dolly Parton, who was born and raised in Sevier County where the fires caused millions of dollars in damage.

Wanting to help her people, Parton established the My People Fund. Her goal for the fund was to provide each family whose home was destroyed or uninhabitable with $1000 every month for six months.

To help raise funds, Parton put together a telethon featuring some of country music’s biggest names. Called Smoky Mountains Rise: A Benefit for the My People Fund, the telethon aired on Tuesday (December 13). Some of the featured performers included Chris Stapleton, Montgomery Gentry, and Alison Krauss. Parton and her good pal Kenny Rogers even revisited their hit duet “Islands in the Stream” during the broadcast.

In a press release issued on Thursday (December 15) Parton revealed at that point the telethon had helped them raise close to $9 million for the My People Fund.

“I am overwhelmed by the generosity of the people who have donated from all over the country and to my friends who donated their time, their talent, and money for My People,” she said.

Now, those who missed the original airing of the telethon still have the chance to catch it and send in their donations. It was announced by ABC that Parton’s telethon is set to air again on Monday night (December 19) on getTV. The rebroadcast will start at 8 PM ET.

You can donate to the My People Fund during the course of the broadcast. If you’re still unable to catch the telethon, then you can still donate to the fund. Just follow this link to visit the Dollywood Foundation website and make a donation.

According to ABC, the My People Fund will start sending out its first relief checks this week to those who applied for and were approved to receive the funds. We’ll continue to keep all those affected by the fires in our prayers.