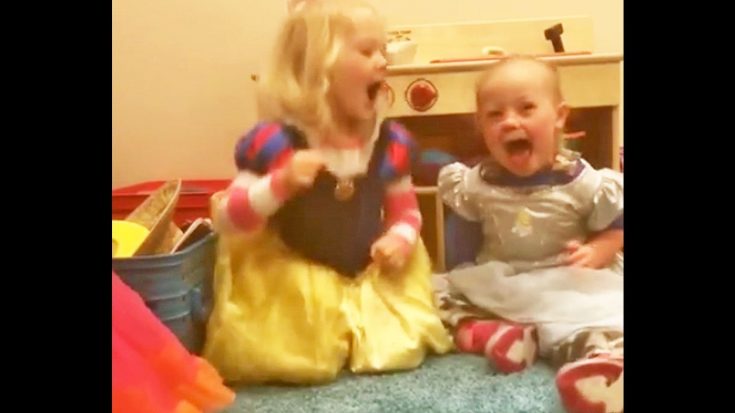 The story that began with country duo Joey + Rory has continued to break hearts as the love story turned devastating loss left one special girl without a mother and one husband without his wife. The tale of Joey Feek and Rory Feek is one not unknown to many, as wife and mother Joey was diagnosed with ovarian cancer that tragically claimed her life. Her husband, however, has remained strong and continues to remember his wife through social media postings and past memories.

Their two-year-old daughter, Indy, has become his pride and joy, often updating fans on her progress and heartwarming experiences. The couple’s Facebook page made Indy their star of the day when they uploaded an adorable clip of Indy with a school friend having the time of her life. Dressed as the Disney princess Cinderella, Indy giggled with her friend who was also channeling her inner princess.

The two girls giggled and hugged, bouncing up and down to get the tiniest of laughs to leave the other’s mouth. Despite Indy’s glamorous attire, her pink sneakers and camouflage pants peeked out from under her dress! Who said camo wasn’t for girls?!

Watch the adorable moment below!