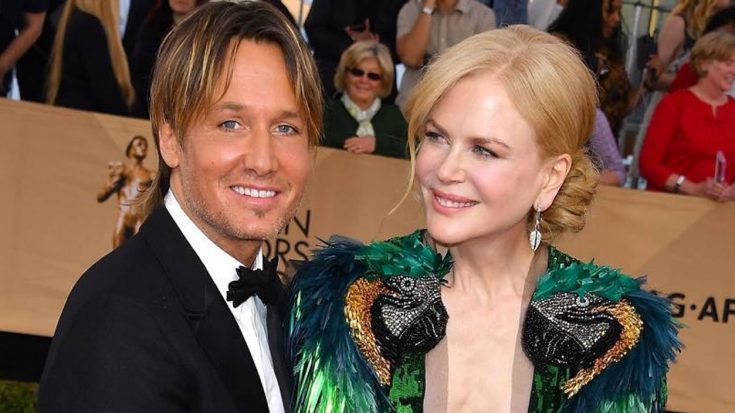 It’s been almost a week since Keith Urban released his hard-hitting song about sexism and rape culture. He dropped it the morning of the 51st Annual CMA Awards and performed it for the first time at the ceremony later that night.

It tackles a hot-button issue that is so prevalent in our society today with all the allegations of sexual misconduct in every industry of entertainment, including country music.

While on the red carpet for the CMA Awards on November 8, Urban spoke with The Associated Press about the brand-new track.

“There’s a lot of facets in the song, particularly the chorus of the song is an absolute pure celebration of females,” he said. “It’s beautiful. I heard the song more as almost like a soul-gospel-spiritual mantra.”

In the interview, The Associated Press brought up the fact there were some rumors swirling around the Internet that his wife Nicole Kidman was featured on the song.

He at first played coy, but then he revealed all.

“She’s on there with Nicolle Galyon, who also wrote the song,” he revealed. “I thought it was nice and very personal to blend these girls into the song because it felt very, very right. That’s what the song means to me.”

Kidman may be an Oscar-winning actress, but she does have some experience singing! She sang in the 2001 movie musical Moulin Rouge! and was nominated for an Academy Award for her work.

Watch Urban spill the beans in the interview below.

And watch his performance of “Female” in the video below.