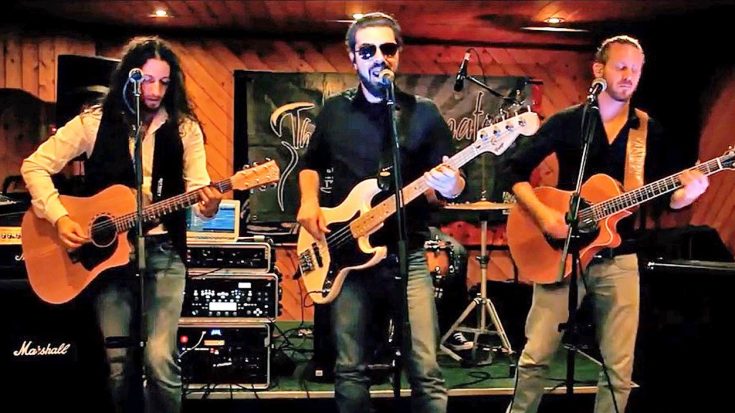 When Lynyrd Skynyrd first started as a local band in Jacksonville, Florida, they had no idea how big they would become. It was only a few short years before Skynyrd had fans around the world, and their fan base continues to grow today.

Although Southern rock is considered by many to be a strictly American genre, Skynyrd’s fans prove otherwise. There are Southern rock fans all over Europe, who came to love the genre largely due to Skynyrd.

There’s currently one rock group in Italy that has a proven appreciation for Skynyrd’s music. Called Roommates, the group first formed in 2012 as an acoustic trio. They welcomed a drummer in 2014, adding a whole new dimension to their sound.

Over the course of their past five years together, the group has performed over 300 times. They plan to release their first record in 2017, and based on their cover of a Skynyrd song, it’s going to be some good material.

In December 2016, Roommates released a video of themselves performing Skynyrd’s famous song “Call Me the Breeze.” Skynyrd’s version was a cover itself, because the song was written and first released by the artist J.J. Cale.

“Call Me the Breeze” has an upbeat vibe that makes it a fun song to cover. The guys in Roommates kept that energy going in their cover of the song, which features them playing in their “unplugged room.”

But don’t let the name of the room fool you, this cover isn’t completely unplugged. However, it does feature some pretty impressive guitar work that we think you’ll enjoy.

As a Skynyrd fan, you’re sure to appreciate this Italian band’s take on “Call Me the Breeze.” Go ahead and check it out below.

If you like what you hear from the guys in Roommates, be sure to show them some support by checking out the rest of their YouTube channel here!