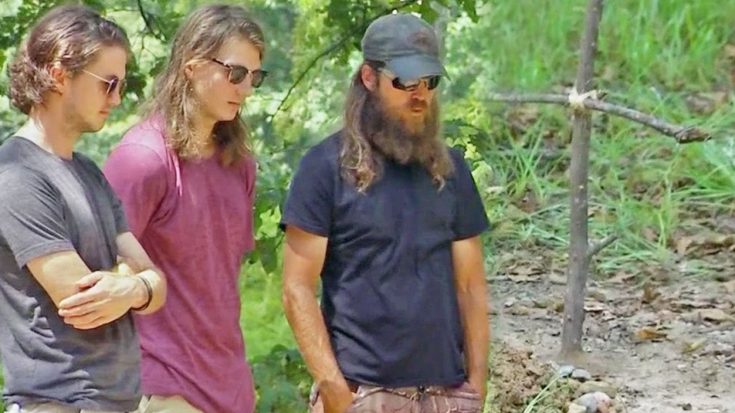 During Wednesday night’s (Nov. 30) episode of Duck Dynasty, the Robertson family was in mourning.

Jase and Missy Robertson, along with their children Reed, Cole, and Mia, and Jase’s mom, Miss Kay, came together for a funeral of Kay’s pet squirrel, Earl the Squirrel.

It was tragically killed by a cottonmouth snake, and the family felt it deserved a proper burial. Each family member said something about the squirrel they had grown fondly of.

Their eldest, Reed, said, “He had so much to look forward to in life.”

“Are you gonna honor his memory by huntin’ down that devil of a snake that killed him?” she asked her son.

Jase formed a posse he called “The Reckoning”, which included Uncle Si, Cole, and his brother Jep to go find the snake and kill it! It took them all episode, but they finally avenged Earl the Squirrel’s death.

Watch a clip of the funeral below.