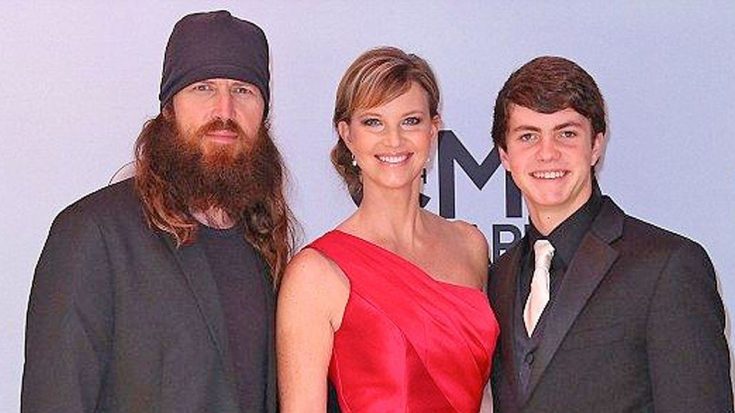 The Duck Dynasty men are known for their duck calls, their love of family, and for their hair. They all sport long beards and long hair, which makes them stand out, especially at a golf course in Southern California.

Jase Robertson, his wife, Missy, and their daughter Mia traveled to California from their native Louisiana to visit their youngest son, Cole, who is attending Pepperdine University in Malibu.

While there, the family spent a day at Trump National Golf Course in Palos Verdes, where they took in the beautiful scenery and enjoyed family time together.

We also noticed a change in Cole’s appearance, making us think that he is following in his dad’s footsteps in the hair growing department.

Cole is now sporting long locks, which are almost as long as his famous dad’s. Now, all he needs is a beard and he can pass as one of his uncles!

See the pictures of Cole’s new look below. Do you think Cole will start growing a full beard? He has sported some facial hair recently!

Watch Cole help his family in a dodgeball game from an episode of Duck Dynasty below.