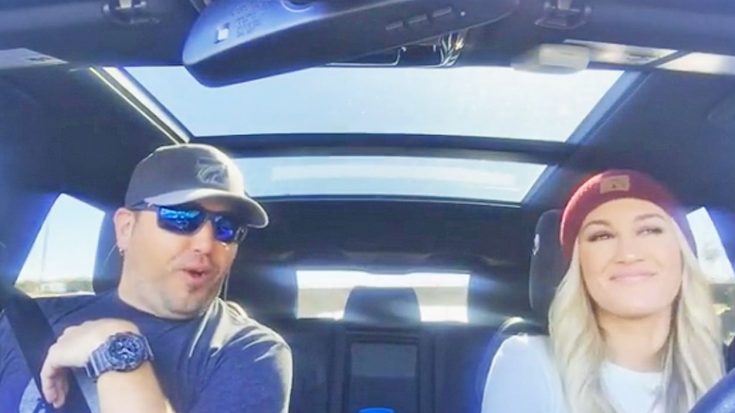 Okay, okay, we’ve learned more than one thing. These two have great senses of humor and get sassy when it comes to their different taste in music!

Thanks to the popularity of their first Carpool Karaoke video together, the married couple decided to film themselves singing along to tunes in the car again.

“We’re back, I’m still not drivin’,” Aldean says to start the video off.

A Luke Bryan song starts playing and Kerr begins dancing while she’s driving. Aldean says, “I don’t got any moves so…” and Kerr interrupted saying, “Amen!”

Zayn’s “Pillow Talk” came on and Aldean admitted, “I can’t understand half of the words he says!”

Aldean got really into it when Alabama’s “Mountain Music” came on and played a mean air guitar when a classic country song blared through the speakers. Kerr mostly played the latest pop songs and Aldean loved to complain about it!

Back by popular demand…still trippin??