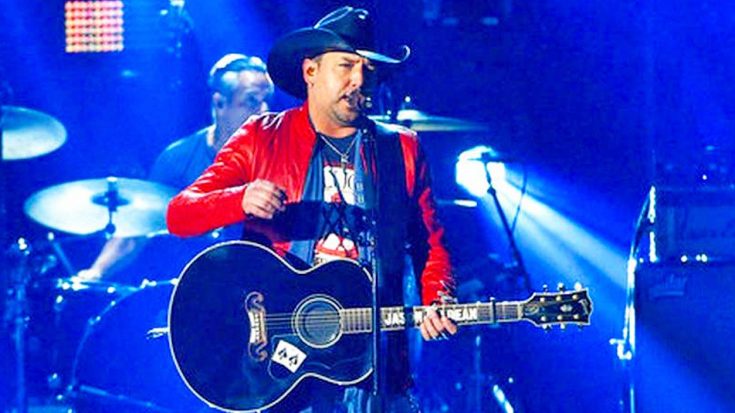 Chris Pizzello via The Bellingham Herald

Everyone knows that when Jason Aldean is set to perform at an awards ceremony, it’s going to be a good show. Such was the case at this year’s ACM Awards, when the talented entertainer gave the star-studded audience a night to remember.

Aldean chose to perform his latest single, “Any Ol’ Barstool,” which was released in December 2016 as the third single off of his album They Don’t Know. The song reached the sixth spot on the Hot Country Songs chart in the U.S. and topped the chart in Canada.

During the ACMs, Aldean’s captivating performance of “Any Ol’ Barstool” left fans and viewers speechless. Aldean decided to take the simplistic approach with his performance, keeping his band hidden behind a screen that left only their silhouettes visible. This allowed the audience to direct their attention straight to Aldean, giving it a more personal feeling.

Aldean earned a warm round of applause from the crowd at the conclusion of his performance, which was well-earned. “Any Ol’ Barstool” is just one of three hit singles he has released since the start of 2016, with the other two being “Lights Come On” and a Little More Summertime.” In addition to his recording work, Aldean has been touring extensively this past year.

After watching Aldean’s ACM performance, it should come as no surprise why he was nominated for both Male Vocalist of the Year and Entertainer of the Year!

Go ahead and tune in below to watch a portion of Aldean’s “Any Ol’ Barstoool” performance at the ACMs.

That's a smash hit for the reigning #ACM Entertainer of the Year, @Jason_Aldean – "Any Ol Barstool" #WWOBackstage #ACMs pic.twitter.com/Wgmn3t5wKd