By Jennifer Pernicano on January 25, 2018
Advertisement 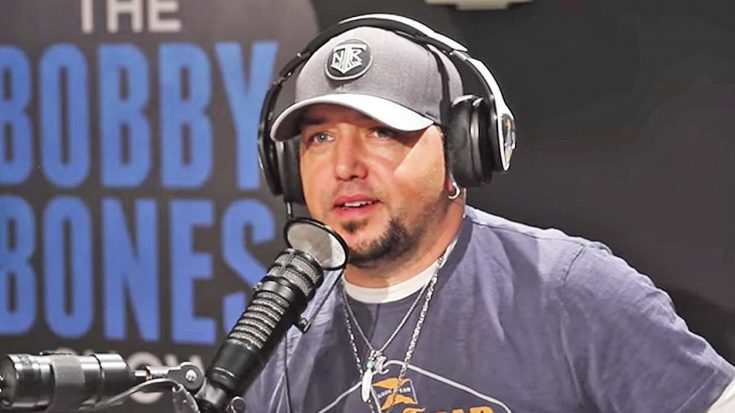 The last couple months of Jason Aldean’s life has been pretty exciting! In December, his wife, Brittany, gave birth to their first child together, a son named Memphis, and he recently announced a five-month-long tour with openers Luke Combs and Lauren Alaina.

Sitting down with country radio host Bobby Bones on Thursday (Jan. 25), Aldean opened up about becoming a dad for the third time. Aldean has two daughters, Keely (14) and Kendyl (10), from his previous marriage, which means it’s been about a decade since he’s had a baby.

Since he does have two children, and Memphis is Brittany’s first child, Bones assumed Aldean would be a seasoned veteran at taking care of a new baby.

“You’re going through the baby process again. Is it easier for you?” the radio DJ asked. “Because you’ve done it before.“

“I think it probably helps because I kind of know what to expect, but also I think every kid’s different, you know?” Aldean said. “And it’s been a long time since I’ve had a baby at home. I think anytime a new baby is in your house, it’s tough, just trying to figure them out, their personalities and I forgot how much they eat! It’s all the time, man, like every two hours.”

Bones’ co-host Amy then chimed in and asked, “Does Jason Aldean change diapers?”

Keely and Kendyl are proud big sisters, as you can see from one of the earliest photos Aldean posted of his blended family.

Cheering on the Dawgs from the hospital with the newest member of Dawg Nation. #secchampionship #godawgs

Although life with a newborn is “tough,” Aldean is loving every minute of it.

This lil guy has brought alot of happiness to our world. So thankful for him! #mymainman #memphisaldean ?Photo Cred- @maddiemorstad

Watch Aldean’s interview with Bones below.