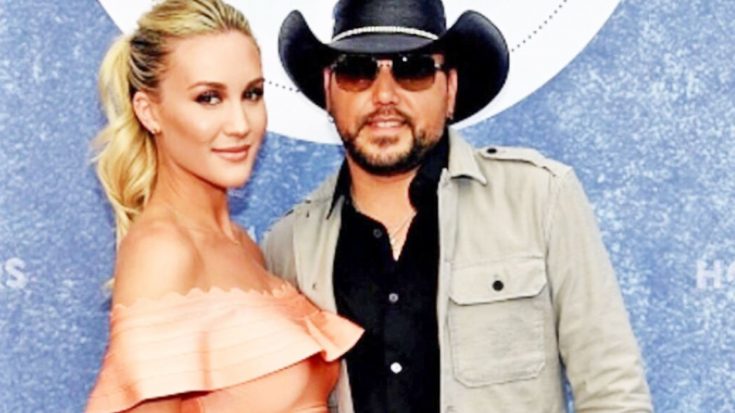 Jason and Brittany Aldean dropped the bombshell that they would soon be welcoming home their first child together back in early May of this year. With the “holiday” due date for their baby boy quickly approaching, the couple have been thrilling fans with updates on how their little miracle.

While they kept their pregnancy relatively secret in the beginning, the couple have been opening up more and more on how their “little man” is coming along, recently sharing with fans their unborn son is to be named Memphis. In addition, Jason also shared a photo of Memphis’ sonogram, the photo depicting the unborn baby channeling his best Johnny Cash and sticking his middle finger up at the screen.

“This is how you know ur [sic] kid is gonna be a badass!!! #johnnycashspirit #liloutlaw,” wrote the proud father.

The country music superstar has two daughters, Kendyl (9) and Keeley (14), from his previous marriage to Jessica Ussery. While Brittany plays a critical role as step-mother to the adorable little girls, her unborn son marks her first child with the “A Little More Summertime” singer.

Jason and Brittany got married back in March of 2015 on beautiful shores of Cancun, Mexico. Now with over two years of marriage under their belt and baby on the way, the pair appear to be more in love than ever.

You can check out the hilarious sonogram below!

This is how you know ur kid is gonna be a badass!!! #johnnycashspirit ??#liloutlaw