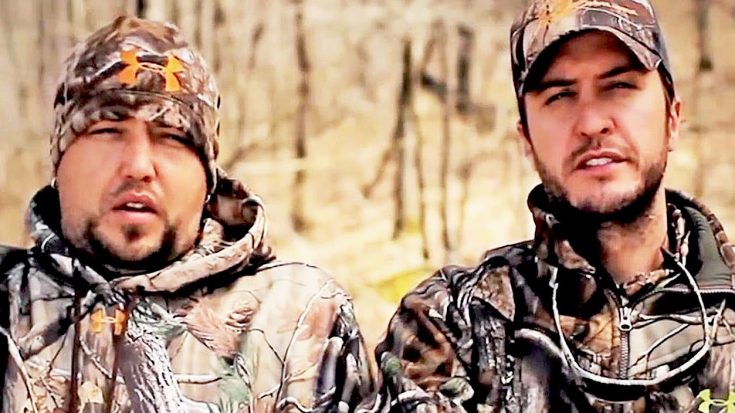 Jason Aldean and Luke Bryan are two of the biggest names in country music right now. The two combined their star power in 2012 along with Eric Church on Aldean’s song “The Only Way I Know.” Together, the trio managed to take the song to the top of the country charts.

But anyone who follows Aldean and Bryan knows that the two are more than just collaborators…they’re good friends. Not only that, but Aldean and Bryan are both business partners in the Buck Commander company.

The two tease one another on social media and in interviews quite often, and their hilarious banter is a well-known aspect of their friendship. When Aldean sat down to speak with Rolling Stone for a detailed interview, it was inevitable that Bryan was going to be brought up. For once, Aldean put all jokes aside and shared what he really thinks about Bryan and their friendship.

“There’s a bond there that I think is hard to describe,” he said. He explained that when you reach the same level of success as he has, it can be hard to handle. While few people have gone through the same experiences as him, Bryan has. That’s what makes their friendship so strong, because they can relate to one another on a level that no one else can.

Aldean went on to elaborate about his friendship with Bryan, saying how he can always count on him:

“With Luke, he and I are ones that can pick up the phone and say, ‘This is what’s going on. Have you experienced this? How would you handle that?’ Our lives and careers have been parallel. We got to go through all that stuff together. Things that a lot of people don’t understand, he and I do..It’s been a cool friendship.”

Aldean also spoke about their business relationship, and hinted that they’re looking into other projects together. He didn’t say what specifically, so it could be anything from another business venture to another musical collaboration.

Based on how well “The Only Way I Know” did on the charts, we have a feeling a new Aldean/Bryan song would be another chart smash. It’s hard to beat these two best buds!