By Manly Bryant on October 31, 2016
Advertisement 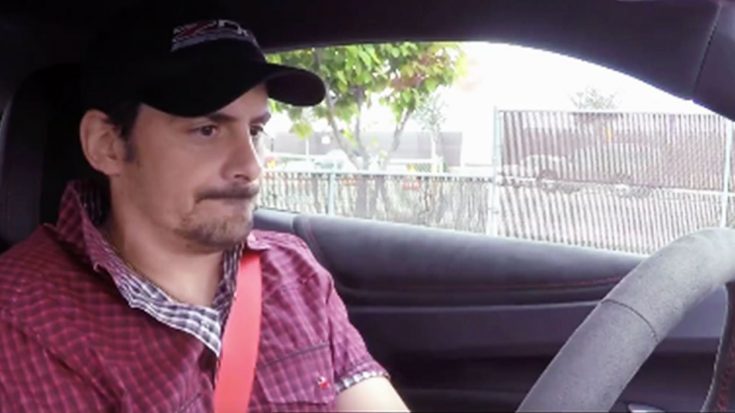 Jay Leno is kicking off the season premiere of his television show Jay Leno’s Garage with a visit from country music superstar Brad Paisley! The two men hopped in a pristine, red Chevrolet Camaro for a burnout attempt that will leave y’all in a laughing fit!

As the Camaro makes its garage exit, Leno begins to explain to Paisley how to properly utilize the car’s line lock.

“So, you press the line lock. That locks the front of the car down and the rear wheels could spin and get some heat in ’em so they get traction,” he told the singer.

As you wait, anxious for what is fully expected to be one hell of a kick – the car lets out a strong growl but ceases to move. The famous singer (and fellow car enthusiast) looked around a bit confused but refused to remove his foot from the gas pedal.

A stone-faced Leno asks, “Are you in gear?” Paisley, beginning to answer with a sure “Yes” redirects his attention to the clutch and responds with a meek, “Oh no. That’s the problem. Damn it.”

The television host bursts into laughter amidst Paisley’s hilarious, yet failed, attempt!

Watch the clip below and be sure to tune into Jay Leno’s Garage November 9 on CNBC.