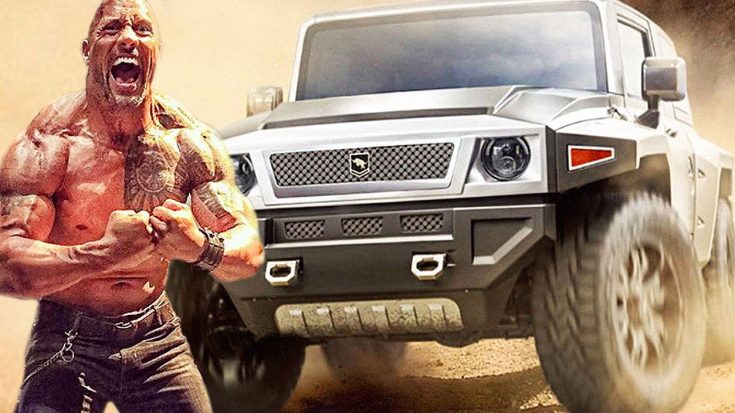 If this doesn’t earn you your man card, not much else will! Jeep has undeniably stepped up its game by introducing the Rhino XT’s steroid-crazed older brother, the Hellcat Rhino XT, showcasing optimal muscle, admirable speed, and a burning desire.

Although sporting a menacing exterior with the allusion of being the jack of all trades, the Rhino XT isn’t necessarily your “need for speed” vehicle. However, when “The Fate of the Furious” producer F. Gary Gray saw the beast, his mind immediately insisted on including the stellar machinery in his upcoming film. Jeep saw their opportunity to create an enhanced, hungrier version of this monster, prompting the U.S. Specialty Vehicles (USSV) to partner up with Rapid City’s Dakota Customs to revamp this bad boy in order to furiously keep up with its incredibly fast film competition. Replacing the initial V6 engine with the 707-hp V8 featured in the 2017 Dodge Challenger, the ungraded beast on wheels is no doubt a force to be reckoned with. In addition to the colossal engine upgrade, the all-terrain SUV “receives key upgrades to the manual transmission, driveshafts, and differentials inside its live axles,” according to Yahoo News. While the vehicle has not yet been officially completed, the monster-in-the-making is completely drivable, as one country singer has already hopped aboard and placed his pricey order! According to The Drive, “While the Rhino XT starts at just over $80,000, expect the Hellcat package to almost double that price.” While we wait for the coveted “Fate of the Furious” to make its debut and reveal the true potential of this brutal vehicle, we advise saving those pretty pennies to get a piece of the action!