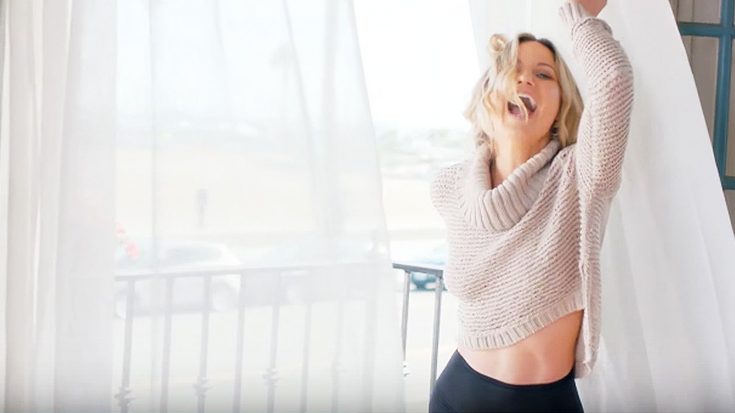 Jennifer Nettles feels free at last! At least, that’s what her new song is promoting! The blonde bombshell has been one busy gal since not only starring in both of Dolly Parton’s passionate films, but hosting the CMA Country Christmas in addition to other engagements!

Nettles gifted her fans earlier in the year with a riveting new album called Playing With Fire. The May release was one that the singer had anticipated for a while, absolutely euphoric when the time had come to share her latest work! The sensational album earned love and praise for its raw talent and pure messages, sending fans to new levels of admiration.

The singer has since created a beautiful music video for one of the album’s popular features, “Hey Heartbreak”. The song is the epitome of shedding the heartache and finding the strength to liberate oneself of negativity and pain. Nettles is pure smiles and laughs throughout the music video, capturing the essence of freedom and the weightless feeling of letting go from those that we cannot change.

Where better to shoot a video of release and serenity than Santa Monica, California? The scenes include beautiful beach views, as well as an elegant restaurant for a carefree night out.

Check out the newest edition below and tell us what you think!