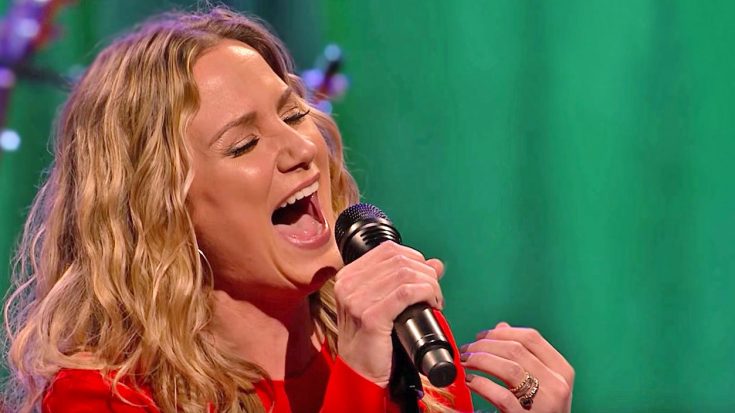 In the country music community, one of the defining voices of the Christmas season belongs to Jennifer Nettles. For years, Nettles served as the host of the CMA Country Christmas special, and during that time she offered up her take on treasured Christmas classics.

Behind the scenes. It's almost time!!! #cmachristmas tonight on @abcnetwork [email protected]

Some of those classic tunes appear on Nettles’ 2016 Christmas album, To Celebrate Christmas. The album is full of everyone’s Christmas favorites, including the stunning carol “O Holy Night.”

Like many Christmas songs, “O Holy Night” dates back centuries. It was composed in 1847 by a man named Adolphe Adam, who set the music to a French poem written by wine merchant and poet Placide Cappeau. The song debuted that same year when opera singer Emily Laurey delivered a performance of it.

Since then, a number of artists have performed their own renditions of “O Holy Night,” including country stars. Just a few country singers who have recorded the song in the past include Luke Bryan, Martina McBride, and Josh Gracin.

Nettles’ version of “O Holy Night” is undoubtedly one of the best that country music has to offer the world. If you heard her recorded version and thought that was good, just wait until you witness her singing the song live.

In 2017, Nettles starred in her own Christmas special called Jennifer Nettles: ‘Tis the Season. The special was all for a good cause, as it was set up to help raise money and awareness for the Band Against Cancer movement. According to the Band Against Cancer website, the movement is all about “connecting people facing cancer with the help they need close to home.”

Last week's @bobkingsleyct40 host, @keithurban, revealed the #StrongSong to be @saraevansmusic's "A Little Bit Stronger". Turn your sound on to hear the story behind the song ⬆️ and listen to it on our #StrongSong playlist via the link in bio.

You can catch Nettles’ performance of “O Holy Night” right here. It’s a performance that’s sure to impress you, as Nettles aimed for the stars with every note that she sang in the song.

You’ll understand what we mean as soon as you watch the video of her performance below. Nettles sings with so much power in this performance, hitting high notes way up in the stratosphere with a seeming sense of ease.

We had goosebumps after finishing this performance, and you’ll likely have the same reaction to it. Check it out below, you’ll be glad you did!

We’d like to wish you all a Merry Christmas!