Jep Robertson Reveals How He Overcame Past Drug And Alcohol Addiction

By Jennifer Pernicano on May 19, 2017
Advertisement 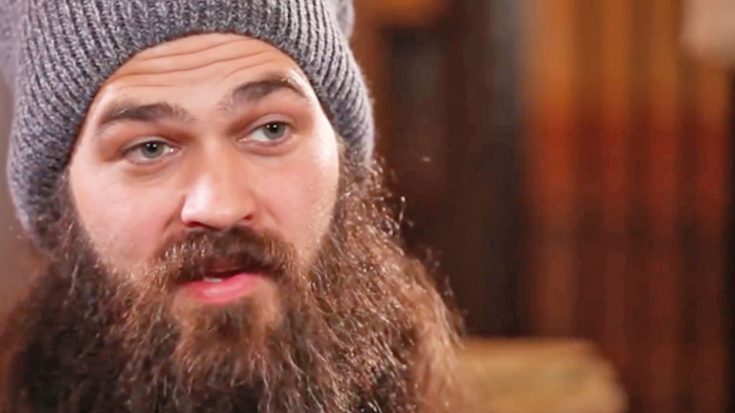 While speaking at the Salvation Army’s “Circle Of Service” banquet in May 2017, Jep Robertson further spoke about his drug and alcohol addiction he revealed in the 2015 book he wrote his his wife, The Good, The Bad, and the Grace of God: What Honesty and Pain Taught Us About Faith, Family and Forgiveness.

In the book, Jep says “one of the dumbest things” he’s ever smoked is called a “wet daddy.” He says that it is, “a joint soaked in formaldehyde that had been stolen from a funeral home.”

He admits that he tried anything and everything given to him, which included “a whipped cream can or a hit of LSD in some weed.”

During his freshman year of college, he went to a Halloween party when he ran into a friend of one of his older brothers. They caught up by getting really drunk and taking an unknown amount of drugs. The next morning, he ended up “sprawled on the side of a gravel road” with no knowledge of how he got there.

“I was cold, hungover, all skinned up with big bloody scratches, and lying on my back with one leg still hanging in the open door of my big green Chevy pickup truck,” he said. “It was like a black hole in my mind, and I hoped I hadn’t run over somebody or hit something.”

After this incident, his family staged somewhat of an intervention, and Robertson says his response was, “What took you so long?“

“My family put me on house arrest for three months at home! And I studied my faith all over again. And I realized I’d been counting on my father’s faith and just being able to say, ‘I’m with him’,” Robertson told the banquet’s audience.

He finished his speaking engagement talking about how his experience affected him as a father and a husband.

“I try to spend as much quality time as possible with my children and talk to them about faith,” he said.

Now a family man, you can catch Jep on the sidelines of his daughter’s soccer games, cooking homemade pizza for his family, in the duck call room at Duck Commander or in his new food truck.