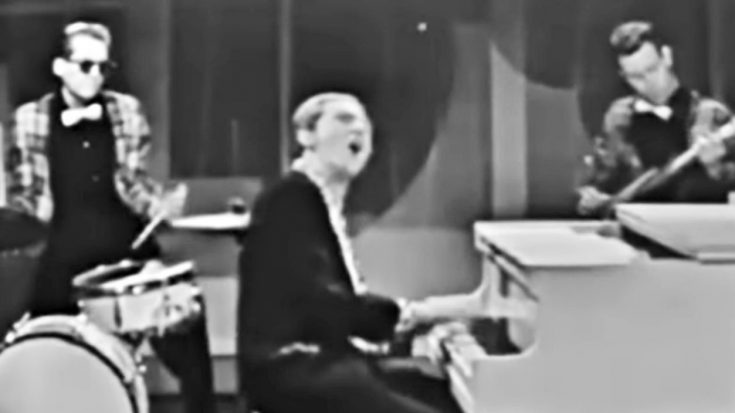 One of the ‘greatest songs ever written’ as claimed by famous music publication, Rolling Stone, this undeniable classic has been put to the test of time and remains one of the world’s favorites – even 60 years later!

Jerry Lee Lewis first earned his keep on the charts with his song “Whole Lotta Shakin’ Goin’ On” in 1957 and it wasn’t but a few short months later that his musical genius would shine like the sun after dropping “Great Balls of Fire.”

Appearing on The Saturday Night Beechnut Show on Valentine’s Day 1958, Lewis performed his chart-topping masterpiece for a wild and excited crowd that loved every single minute of it!

Leading off his performance, the president of his fan club engaged in a short interview about how her job works with the host of the show and then announced her favorite artist with a whole lot of flair!

With the release of “Great Balls of Fire,” Lewis rose to international stardom and was heard across radio stations in more than half a dozen countries. Known for its wild piano riffs, fun and upbeat tempo, “Great Balls of Fire” continues to be a fan-favorite hit across the world and is still covered by artists today.

Watch this unforgettable early recorded performance of Jerry Lee Lewis and his mega-hit “Great Balls of Fire” below!