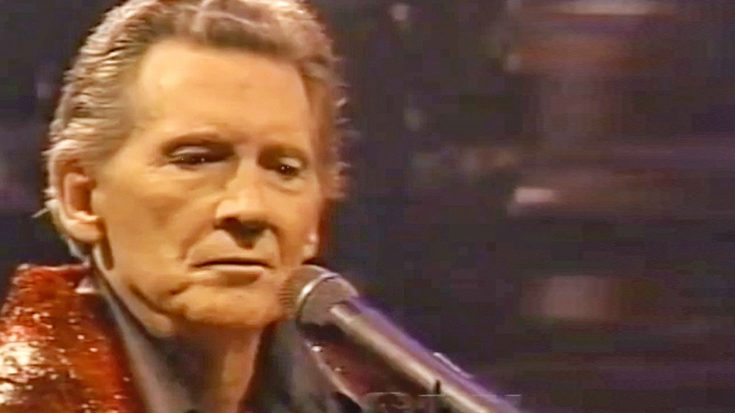 Music icon Jerry Lee Lewis has had no shortage of rocking hits and timeless classics, making himself a household name that is sure to never lose its value.

During his feature on The Monday Night Concerts show back in 1997, hosted by the one and only Ricky Skaggs, Lewis was asked, “What was the first song you ever learned on the piano?”

After a few moments of deliberation, Lewis reminisced on his first song, admitting to Skaggs that it had been the heavenly hit “Old Rugged Cross”. The audience cheered at the classic selection, prompting Lewis to hint at an impromptu performance. “I’d like to hear that,” Skaggs responded, sending the icon into a chilling performance of the notable hymn.

His audience erupted into cheers as Lewis sang, quickly falling silent to enjoy the chilling talent that has held its value throughout generations.

“So I’ll cherish the old rugged Cross/ Till my trophies at last I lay down/ I will cling to the old rugged Cross/ And exchange it some day for a crown,” his voice carried. Needless to say, the audience was elated by the sudden surprise.  You can experience this wondrous performance below and tell us what you thought!