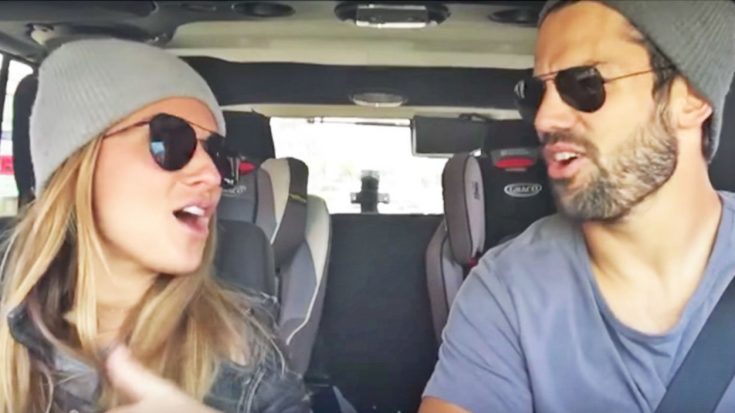 With the release of her first album in 10 years and announcing that she is pregnant with her third child, Jessie James Decker has a lot to celebrate.

She and her husband, Tennessee Titans wide receiver Eric Decker, took to the streets of Nashville in their family car singing one of her newest songs, “Almost Over You.” The song is a duet with Randy Houser on Jessie’s brand new album Southern Girl City Lights, which is currently sitting at No. 1 on the iTunes country albums chart.

Wearing matching grey beanies and aviator sunglasses, Eric and Jessie were the ultimate couple goals, gazing lovingly into each other’s eyes every so often. Throughout the video, their playful relationship is put on display through wet willies, hair smelling, and bursting into laughter.

Eric is not a newbie to the music scene, seeing as his wife recruited him to duet with her on her version of “Baby, It’s Cold Outside.”

Fans have fallen in love with the country singer and her family including their two children Vivianne and Eric Jr., thanks to their E! show Eric and Jessie.

Watch their adorable carpool karaoke below, and if you’d like to hear more of Jessie’s new music, click here.