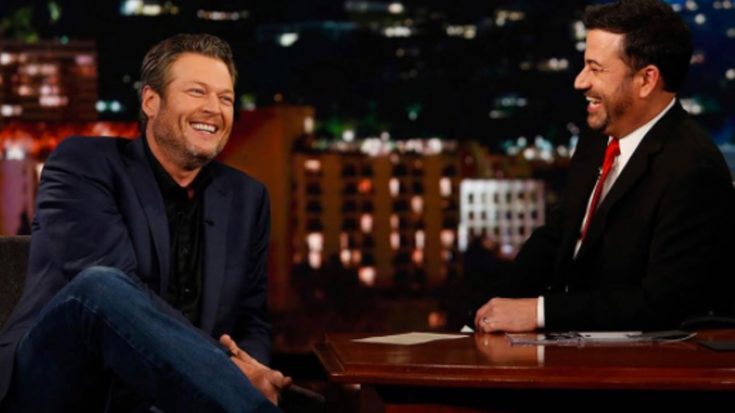 With his name constantly making headlines, you’d think you would already know everything there is to know about country superstar Blake Shelton. However, in an interview with Jimmy Kimmel, the talkshow host revealed an unexpected fact about the country singer you definitely have never heard about.

After discussing his obsession with Christmas music, Kimmel questions the country singer on one of his other obsessions.

“I also heard you like the “Golden Girls, is that true? Is that one of your favorite shows?” asks Kimmel as Shelton begins to turn red.

“I’m just trying to figure out your segues here,” says Shelton. “It’s like ‘Lets just say everything we can say to embarrass Blake today.”

After a bit of coaxing, Shelton reluctantly opens up on why he loves the show so much, saying his favorite character is Dorothy for her hilarious sarcasm. Along with many Americans, Kimmel shares he cannot imagine the country singer sitting at home all day watching the show, to which Shelton responds, “Well get over it! It’s a good show!”

Absolutely hysterical! You can watch the full interview below and be sure to let us know what you think in the comments!