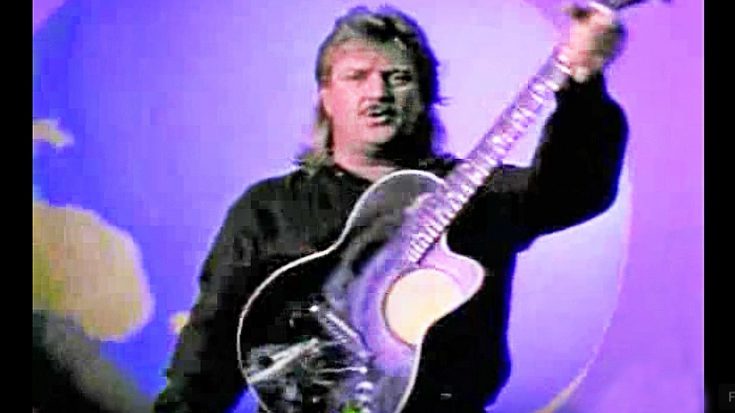 Country music singer Joe Diffie grabbed life by the horns with his riveting series of hits that showcased vibrant music and a bigger-than-Texas attitude! The Oklahoma native rose to fame in the early 1990s after working for years as a demo singer.

Although Diffie released a variety of boot-stompin’ tunes, including “Pickup Man” and “Home,” his 1994 song “Third Rock From The Sun” became his first number one in three years!

In this unforgettable tune, Diffie sings about a series of unfortunate events experienced by one town all in a single night. The events range from a resident being carjacked by teenagers to the town’s Sheriff getting knocked out by the babe he attempted to pick up the local bar.

The song is full of life and spunk, showcasing an upbeat tempo and whirlwind of musical talent. Diffie’s vocals captivate the madness as he sings, “Cause and effect, chain of events/ All of the chaos makes perfect sense / When you’re spinning round, things come undone / Welcome to Earth 3rd rock from the Sun.”

If his fiery lyrics aren’t enough, Diffie’s attire is a full blast from the past, including his pristine mullet that would give even Billy Ray Cyrus a run for his money!

Check out the chaotic tale below and tell us what you think!