By Miranda Raye on November 30, 2015
Advertisement 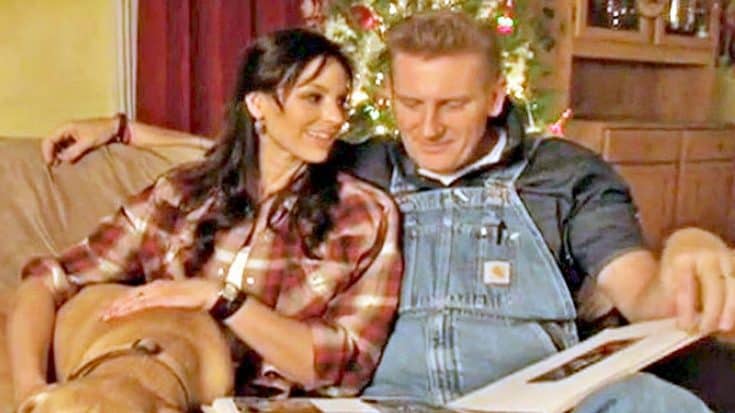 Many country music artists have recorded a Christmas album during their careers, trying their hand at some of our favorite Christmas classics.

Considering how much the Christmas season always meant to them, it’s no surprise that Joey + Rory also released their own Christmas album, A Farmhouse Christmas, in 2011.

Is it too early to start listening to Christmas carols? Joey + Rory – A Farmhouse Christmas is AMAZING!

But unlike other artists, Joey + Rory covered just a few classic Christmas songs, choosing instead to fill their album with traditional songs not usually associated with Christmas, as well as some completely new songs.

Their Own, New Christmas Song

One of the original songs on the album is called “It’s Christmas Time,” which was written by Rory himself.

Just bought Joey + Rory's single "It's Christmas Time" — don't ya just love their harmonies?? I sure do 🙂

Joey + Rory released the music video for the song in 2009, giving fans a taste of their Christmas album while they were still working on recording it.

The music video for the song is simply charming, and was filmed at Joey + Rory’s farmhouse in Tennessee. In one of the first shots, the farmhouse is seen covered with bright Christmas lights and red ribbons, while Joey + Rory sit and look at a scrapbook in front of the Christmas tree.

Joey + Rory sing about the things they love most about Christmas, as they snuggle close to each other and one of their beloved dogs while looking at old Christmas photos.

The song and the music video really celebrate what Christmas is all about, enjoying the season and spending quality time with family and loved ones. You can watch the music video for”It’s Christmas Time” below.

We think that Joey + Rory’s “It’s Christmas Time” is the perfect candidate to become the next Christmas classic!