By Jennifer Pernicano on June 16, 2017
Advertisement 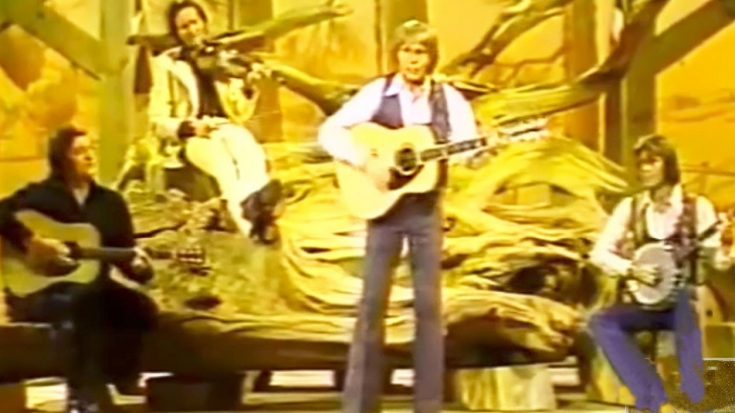 It was a night of timeless legends and unforgettable tunes as The Six Million Dollar Band took the stage for an iconic experience. Composed of John Denver, Glen Campbell, Roger Miller, and Johnny Cash, the group was no shortage of bold energy and jaw-dropping talent as they teamed up for a Denver tune that had the segment jumping with country pride.

Kicking off the performance, Denver dove straight into an a cappella intro of his happy-go-lucky song “Thank God I’m Country Boy”. Inviting the audience to sing along, the singer began to clap to the beat as he vibrantly sang the infectious lyrics.

The nearby legends began to chime into the performance, playing their guitars and showing off their unforgettable talent.. After wrapping up their lively performance, Denver thanked the crowd for the thunderous applause and introduced his bandmates to his audience, even though they probably didn’t need introducing!

Be sure to check out this remarkable number below.