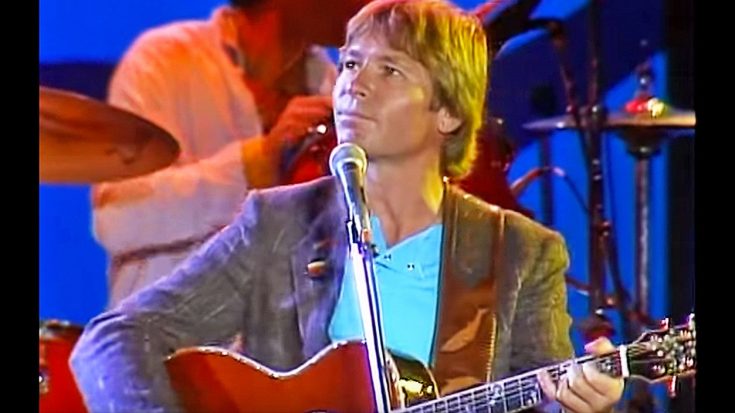 While he was considered a folk artist first and foremost, John Denver also managed to find a home in the country music community. Because of this, was no stranger to the popular festival known as Farm Aid, which was originally organized by Willie Nelson, Neil Young, and John Mellencamp.

Established to help raise money for farmers in need, Farm Aid continues to this day. The event has seen many notable performers take to its stage over the years. While many country acts perform, artists from other genres have devoted their time as well.

Denver was one of many artists to help shape the event in its early years. He performed there a total of three times, with his performances dating to 1985, 1987, and 1990.

Although all of Denver’s Farm Aid performances were worth remembering, one in particular has managed to stand the test of time. That performance took place during Denver’s first appearance in 1985, when he sang his number one hit “Back Home Again.”

In addition to reaching number one on the chart, “Back Home Again” was certified Gold by the RIAA and was named the Song of the Year during the 1975 CMA Awards. Needless to say, it was a song that everyone at Farm Aid was likely excited to hear.

That excitement only grew once Denver revealed the special guests that would be joining him…the Nitty Gritty Dirt Band. We wish we could have been there to witness such a monumental collaboration between the two talented acts!

At least we still have the footage from that day, which is the next best thing. You can check it out below!