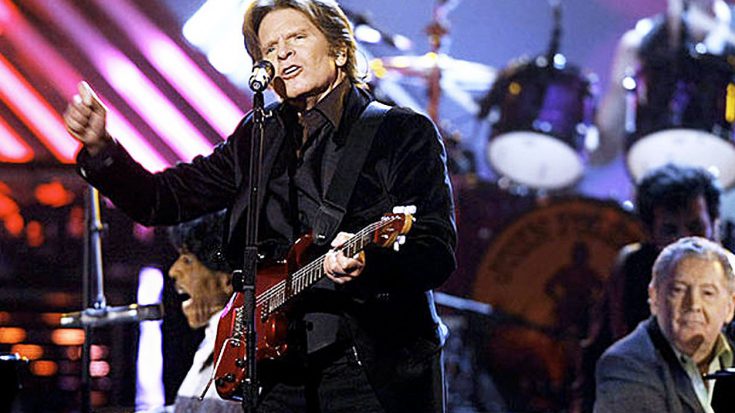 The 2008 Grammys was clearly a night for the books, as “two surviving fathers of rock and roll” and “one of their fortunate sons” joined forces to perform a phenomenal medley that had viewers on the edge of their seats and rock and roll fans everywhere brimming with pride.

John Fogerty, Little Richard, and Jerry Lee Lewis took to the stage before an incredibly eager crowd as they showcased their timeless talents that seemed to have no run in with age. Fogerty kicked off the performance, jumping right into his upbeat performance of “Coming Down The Road” in which his iconic vocals became the epitome of nostalgia and good times.

Right behind the CCR frontman was Lewis, taking to his piano to give a remarkable performance of his classic hit “Great Balls Of Fire”. The singer was an eerie blast from the past as his talent remained as recognizable as ever, proudly showcasing the young boy who broke into stardom and fame with the very same tune years prior.

Perhaps the thrill of the night, Little Richard jumped into an epic performance of his jam “Good Golly Miss Molly,” while hitting an abundance of incredible notes that had the audience floored! We’ll have whatever he’s having!

The performance was sent off with an uproarious applause from audience members that classified this performance as one of the most powerful music dreams come true. The legends are clearly going on with a fight! Check out their riveting performance below!