By Jennifer Pernicano on October 11, 2016
Advertisement 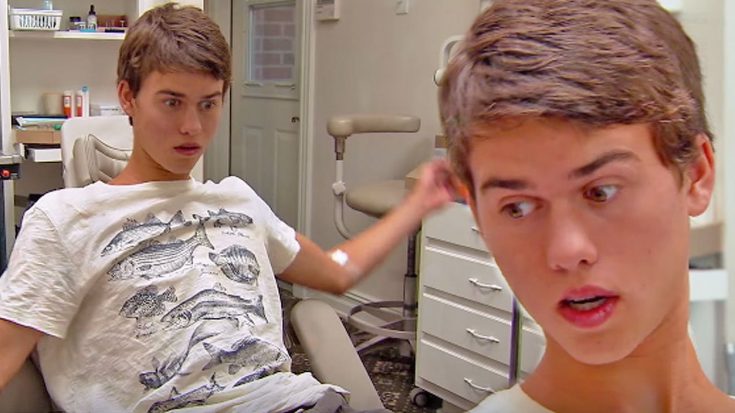 In celebration for the 10 successful seasons of Duck Dynasty, A&E has been counting down the Top 9 Fan Favorite Moments on their YouTube channel.

Each “moment” is funnier than the last, and they finally released the clip for the No. 1 Fan Favorite Moment, which we’d have to agree, is probably the funniest moment in Duck Dynasty history.

The No. 1 Fan Favorite Moment was the episode where Sadie and John Luke Robertson go to the dentist to have a bunch of dental work done. They are each put to sleep while the dentists work their magic, but the funny part comes when John Luke wakes up!

Sadie had a pretty normal reaction, but John Luke’s behavior after the dentist is unforgettable! He acts completely crazy and says things that he normally wouldn’t say!

He says things like “Hungry fella”and “Like a glove” over and over again and even takes some of the equipment and starts spraying the exam room with water!

As Willie and Korie try to get him into the car, he repeats the phrase “Bumble Bee Tuna” about twenty times. Maybe that’s what he wants to eat when he gets home!

Once in the car, he somehow gets hold of a phone and calls someone, but it turned out to be the wrong number!

Every second of this video is hilarious from Sadie struggling, to Willie getting nauseous from all the blood, to John Luke’s hysterical behavior. Make sure you watch the funny moments below.