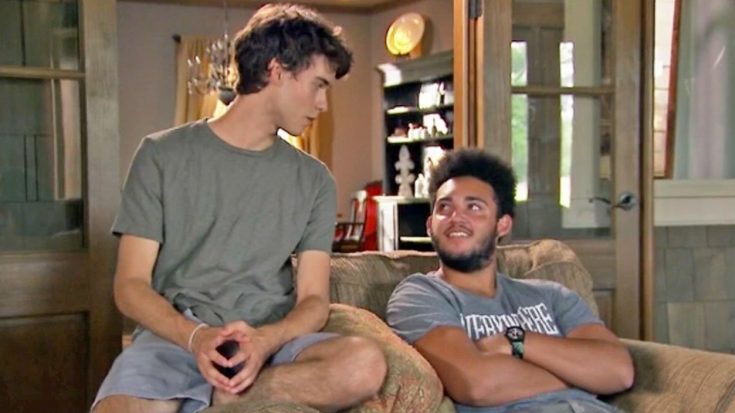 Growing up with lots of siblings has its advantages and disadvantages. Put a tally in the advantage side because Little Will Robertson from A&E’s Duck Dynasty is so thankful he has an older brother like John Luke.

On Wednesday night’s episode (Dec. 7), Willie and Korie Robertson’s son, Little Will, is on the market for a car. In a previous episode, we saw him learning to drive and now that he is getting ready to test for his license, he would like a car to drive when he does.

Willie and Korie gave their son a budget for a new car, but when he realizes a motorcycle is a cheaper option, he tells his parents he now wants a motorcycle. They aren’t too happy about this, so Willie tries to trick him into changing his mind by bringing a big biker to talk to Will about the dangers of riding a motorcycle.

Things go awry when the motorcyclist has nothing but awesome things to say about riding. Even his stories about wiping out isn’t phasing Will.

Willie and Korie finally sit Will down and tell him that as long as the car has four wheels, and four doors, they are fine with it.

After they walk away to cook dinner, John Luke tells his little brother, “I told you! Scare ’em into thinking you want a motorcycle, then you can get whatever you want!”

“You’re a genious,” Will tells him, giving him a well-deserved fist bump.

Watch the hilarious clip below!