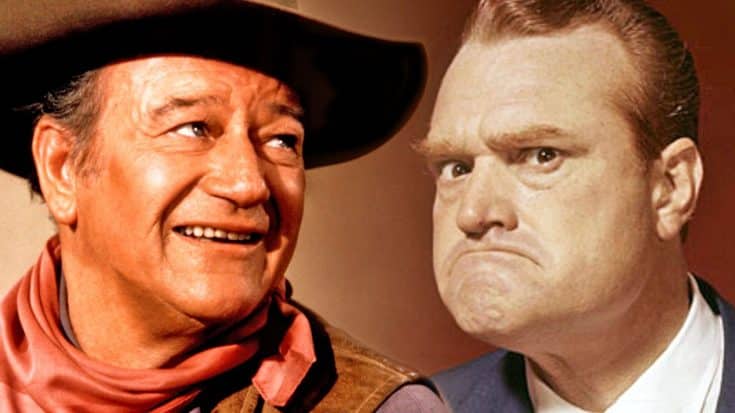 Separate, they were really something to behold – with John Wayne teaching us to stand up for ourselves, be brave, love your family and love your country and Red making us laugh nightly thanks to his entertaining variety show. But when they are put together, like in this hilarious skit featured on The Red Skelton Show, it’s a recipe for something absolutely phenomenal. In this skit, we see John walking into a quaint restaurant and that’s when the hilarity ensues. He’s looking out for a man that’s out to kill him who wears an eye patch. The funny thing is, he’s wearing one too! So when this man, played by Red Skelton, walks in, they don’t realize at first who the other one is because they’re both wearing opposite eye patches and can’t see the other!

John Wayne versus Red Skelton – who will win the duel?

There’s nothing like good, wholesome comedy, especially when John Wayne is present.