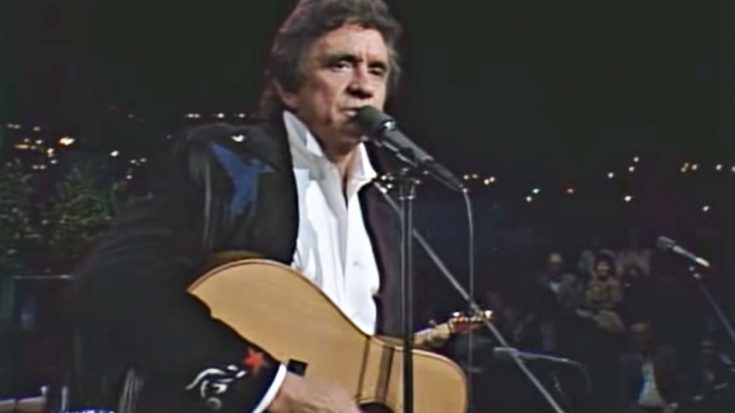 First written almost 70 years ago, this legendary and spooky country western song was brought to life in 1970 by Johnny Cash when he released it as part of his album, Silver.

When Cash first moved to Memphis, he enrolled in a radio class at Keegan’s School of Industry, hoping to become a DJ.

Now Johnny Cash wasn’t the first person to record it, but his unmatched and timeless ability to tell a story through song and bring true, real emotion to lyrics made this cover of “Ghost Riders In The Sky” one of the most popular among country music fans.

Penned in 1948 by TV and film star Stan Jones, “Ghost Riders In The Sky,” takes a haunting approach to storytelling, unveiling the folk tale of a cowboy who has a disturbing vision that includes red-eyed, steel-hooved cattle thundering across the sky. Following closely behind the herd were the ghost riders. They too bore a startling image of gaunt faces, sweat-soaked shirts, riding horses that breathed fire and crying out as they barreled after the herd.

The tune has been covered by more than 50 notable artists in the decades since its release, and fellow country greats like Marty Robbins, Roy Clark, and Elvis Presley have all included it as part of their own discography.

Watch this rare, haunting performance of Johnny Cash singing “Ghost Riders In The Sky” during a 1987 televised performance below.