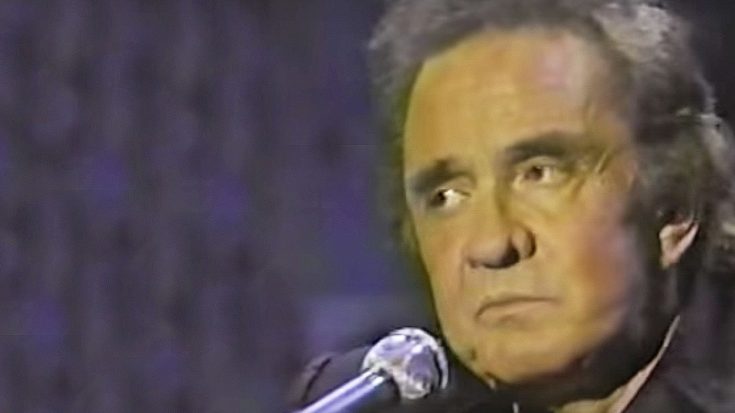 Johnny Cash‘s deep vocals became one of his profound trademarks during his climb amongst the legends, captivating his audience with his convincing emotions and raw performances. The singer not only performed his own classic hits that undeniably shaped country music, but he also performed a variety of other songs that has been originally coined by other various artists.

Cash was invited to the 90s talk show The Jon Stewart Show, giving a remarkable and chilling performance to a signature song that was once sung by the talented Leonard Cohen. Titled “Bird On A Wire”, was the tune described by Cohen himself as a mere country song, although the lyrics are chockful with power. Cash put the song on his album American Recordings, humbly singing the lyrics,

“Like a bird on the wire/ Like a drunk in a midnight choir/ I have tried in my way to be free.”

The singer received an eruption of applause following his performance, encouraging the singer for his remarkable talent.

Check out the cover for yourself.